TEHRAN, August 7 - US Air Force B-52 bombers flew over the South China Sea in the vicinity of Japan in early August, according to a recent military statement from US Indo-Pacific Command, as part of a joint training mission with US Navy forces. 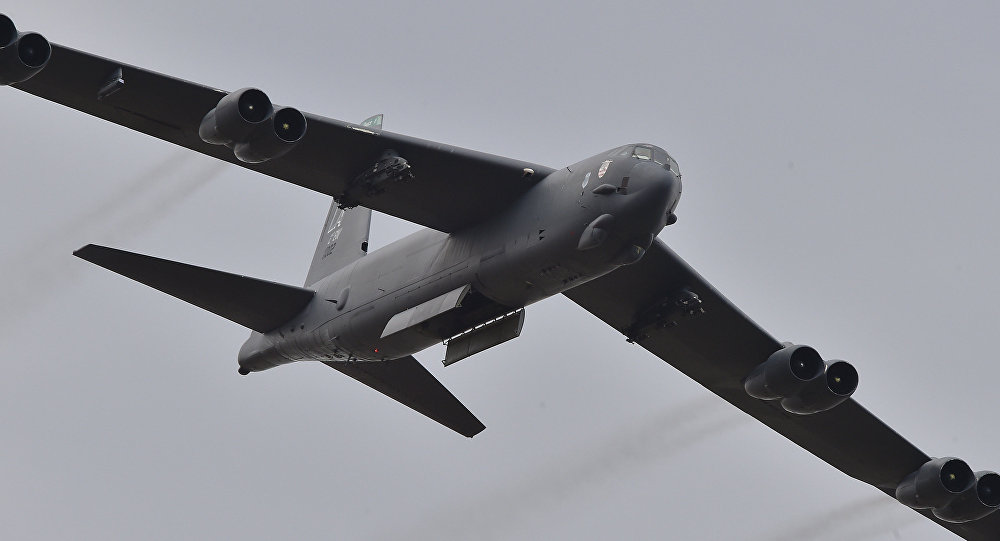 According to USINDOPACOM, the drills were conducted inside the legal space carved out by international laws, a space it called "vital to the principles that are the foundation of the rules-based global operating system."

The flights may have carried on for more than a day, as pictures from the Air Force dated August 2 show a B-52 being refueled.

According to publicly available US government news announcements, the B-52 aircraft flew to the East China Sea after taking off from Barksdale Air Force Base, Louisiana. After conducting the routine training mission the planes landed at Andersen Air Force Base, Guam, a US territory in Micronesia.

In June, Chinese Foreign Ministry spokeswoman Hua Chunying did not seem receptive to the presence of American bombers over the nearby South China Sea. "Running amok is risky," she told reporters.

"China won't be scared by any so-called military ship or aircraft and we will only even more staunchly [take] all necessary steps to defend the country's sovereignty and stability, to protect the peace and stability of the South China Sea," the spokeswoman said.

The US has repeatedly criticized Beijing for militarizing disputed areas of the South China Sea by erecting military infrastructure on island chains also claimed by several other nations. Early in June, after another B-52 foray into the region, Hua told reporters during a regular briefing: "I hope the US can make it clear whether it considers sending offensive strategic weapons like B-52 bombers to the South China Sea as militarization… If you often have someone coming to your door heavily armed, shouldn't you strengthen your security and defense capabilities?"