TEHRAN, August 7 - The United Nations continues to encourage support for all governments for the Iran nuclear deal, a UN spokesperson Farhan Haq said, after Washington vowed to re-impose sanctions on Iran lifted under the deal, according to the Office of the Spokesperson for the Secretary-General. 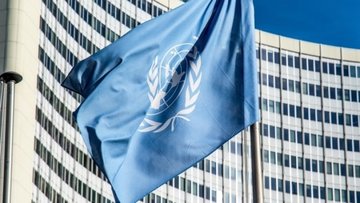 TEHRAN, Young Journalists Club (YJC) - Haq said that UN Secretary-General Antonio Guterres continues to view the Joint Comprehensive Plan of Action (JCPOA) as a "diplomatic achievement and continues to encourage support for all Governments for that, and we will continue to do so".

In addition, he stressed that they've encouraged all countries to support the Joint Comprehensive Plan of Action, but noted that they "don't have any role in bilateral relations between countries."

In response to concerns of possible humanitarian impact of the sanctions, the spokesperson said "we will have to see what effects of these measures are," while stressing “regardless of the steps that are being taken," it is important that "Iran and the other parties comply with the terms of the Joint Comprehensive Plan Of Action."

Haq added the deal is the best way of resolving this particular situation, "so we would encourage all countries to do what they can to support the agreement."