TEHRAN, August 7 - Japan’s SoftBank Group Corp reported a 49 percent jump in quarterly profit on Monday, boosted by the sale of its stake in Indian e-commerce giant Flipkart in the first public divestment by the conglomerate’s massive Vision Fund. 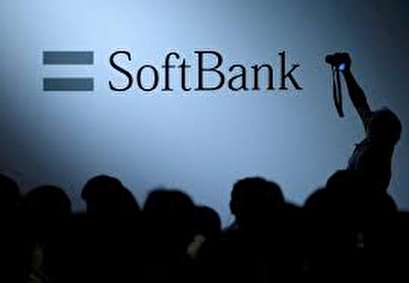 SoftBank, which is planning to list its domestic telecoms business, also said profit was bolstered by the sale of most of the Chinese operations of chip design unit ARM Holdings.

The sales are the first signs of SoftBank monetizing its investments after pumping billions of dollars into technology companies around the world yet taking little profit.

Its Vision Fund is the world’s largest private equity fund, raising over $93 billion at its first major close in May last year. The fund, which is yet to complete its final close, had invested $27.1 billion in 29 firms as at June-end, SoftBank said on Monday.

Its investments are now worth $32.5 billion on the rising value of its various stakes such as in shared office space company WeWork Cos. SoftBank has around 1,700 of its own staff currently using some of WeWork Japan’s 6,250 seats.

“We are considering moving all of SoftBank’s headquarters into WeWork (offices) in the near future,” Chief Executive Masayoshi Son said on Monday.

Son has previously said a second Vision Fund is being planned, but on Monday declined to comment on timing or size.

Amid its effort to switch focus, SoftBank is planning to list its Japan telecoms unit in what is widely expected to be one of the country’s largest-ever initial public offerings.

SoftBank is planning to seek a valuation of about $90 billion for the unit, Bloomberg reported here on Monday, citing people familiar with the matter.

The listing of the unit could happen as early as the fourth quarter, according to the report.

Group-wide first-quarter profit rose to 715 billion yen ($6.42 billion) from 479 billion yen a year earlier, SoftBank said. It did not release a forecast for the current business year ending March, saying there were too many uncertain factors.