TEHRAN, August 7 - World shares edged toward a six-month high on Tuesday, as the biggest jump in Chinese stocks for over two years and a sharp rally in Europe’s oil and mining firms set Wall Street up for more gains. 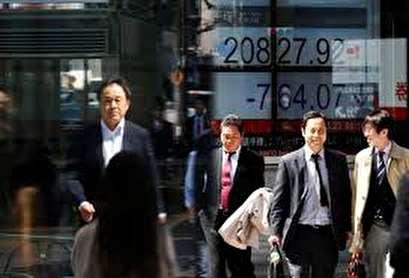 TEHRAN, Young Journalists Club (YJC) - World shares edged toward a six-month high on Tuesday, as the biggest jump in Chinese stocks for over two years and a sharp rally in Europe’s oil and mining firms set Wall Street up for more gains.

The moves had U.S. S&P 500, Dow and Nasdaq futures pointing as much as 0.4 percent higher and came despite a host of simmering global feuds. [.N]

Oil prices ticked up as the United States reimposed some sanctions on Iran, while the Turkish lira TRY= was trying to bounce back from its worst day in a decade on Monday that had been prompted by a row with Washington. [.IS]

The mood lifted overnight as Chinese stocks rebounded 2.7 percent on hopes of fresh government spending, following a four-day selloff that had knocked them down about 6 percent. [.SS]

London .FTSE, Paris .FCHI and Frankfurt .GDAXI then rose 0.8 to 0.9 percent as Europe's investors cheered both the move up in commodity stocks and results from Italy's biggest bank UniCredit [.EU] .SXPP .SXEP

“The Chinese have stabilized the yuan, the lira hasn’t been annihilated this morning so once the sharp FX moves have calmed down and as long as the (company) earnings are good, you have a more risk friendly environment,” said Societe Generale strategist Kit Juckes.

Currency markets remained volatile although less so than in recent sessions as the dollar dipped. [/FRX]

The euro bounced to $1.16 EUR= from a near six-week low despite a second day of disappointing German economic data, while Britain's pound GBP= made back some ground after Brexit worries had pushed it to an 11-month low. [GBP/]

Turkey’s lira recovered as much as two percent from Monday’s losses of more than five percent after Washington had moved to end duty-free access to U.S. markets for some Turkish exports. A report by CNN Turk that Turkish officials would go to Washington to discuss the strained relations helped the rise, although it was starting to retrace again as U.S. trading began. [.IS]

Already struggling with inflation at 14-year highs near 16 percent and political pressure on the central bank not to raise interest rates, the lira’s year-to-date losses are nearing 30 percent as jitters about foreign currency debt payments rise.

“Currently the impact of the lira’s slide is mostly contained within the country. But fears of a default will begin to increase if the currency keeps depreciating,” said Kota Hirayama, senior emerging markets economist at SMBC Nikko Securities. “Such a development could affect some European financial institutions,” he added.

An impressive global earnings picture and upgrades to the U.S. profit growth horizon continued to outweigh the global trade tensions and the various emerging market dislocations.

Wall Street’s S&P 500 will start at its highest level since Jan. 29 and less than one percent from its record high hit earlier that month.