UK to run out of food months after no-deal Brexit: Farmers’ group

TEHRAN, August 7 -The main farmers union in the United Kingdom has warned that the country will quickly run out of food if it leaves the European Union next year without a Brexit deal. 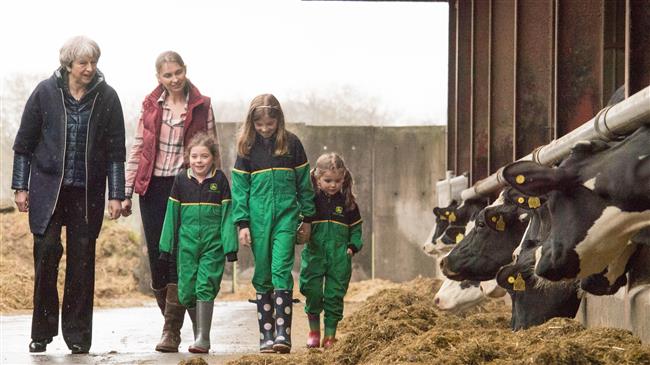 TEHRAN, Young Journalists Club (YJC) - The National Farmers’ Union (NFU) said Tuesday that Britain will run out of food in August next year if it fails to work out a deal with the EU on how it leaves the bloc in March 2019.

NFU president Minette Batters said the government of Prime Minister Theresa May had an obligation to put the food issue on top of its political agenda, especially now that chances for a no-deal Brexit have increased significantly.

“The UK farming sector has the potential to be one of the most impacted sectors from a bad Brexit – a frictionless free trade deal with the EU and access to a reliable and competent workforce for farm businesses is critical to the future of the sector,” said Batters.

Senior government officials have denied Britain could face severe problems in terms of food, medicine and other basic supplies. Brexit Secretary Dominic Raab said last month just after assuming the post that Britain would have “adequate food supplies” after Brexit.

The prospect for Britain to crash out of the  EU without a deal has increased dramatically over the past weeks as people like international trade secretary, Liam Fox and Bank of England Governor Mark Carney have highlighted the risk.

May and her government insist they are still hopeful that a deal could come through. However, they have admitted there is a high possibility that the EU could insist on its conditions and force Britain to leave the bloc without a deal.

Food security in Britain has been in decline for decades, with the country producing 60 percent of what it needs to feed itself, compared with 74 percent 30 years ago, according to figures from the Department for Environment, Food and Rural Affairs (Defra).