TEHRAN, August 7 -Russia says it was "deeply disappointed" by US President Donald Trump's move to re-impose unilateral sanctions on Tehran, vowing to make its utmost efforts to save a landmark nuclear agreement Iran signed with the P5+1 group of countries in 2015. 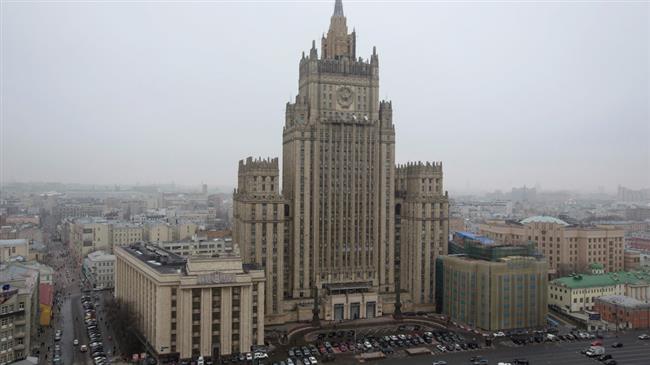 TEHRAN, Young Journalists Club (YJC) -"We are deeply disappointed by US steps to re-impose its national sanctions against Iran," the Russian Foreign Ministry said in a statement on Tuesday.

The ministry said it will do "everything necessary" to save the historic nuclear deal, officially known as the Joint Comprehensive Plan of Action (JCPOA), and to protect its shared economic interests with Iran.

"This is a clear example of Washington violating UN Resolution 2231 and international law," it added.

In defiance of warnings from the European Union, the JCPOA signatories and many international players, President Trump signed an executive order re-imposing a first round of sanctions on Iran, which were lifted under the nuclear deal, to levy "maximum economic pressure" on the Islamic Republic.

“[The Iran nuclear deal] a horrible, one-sided deal, failed to achieve the fundamental objective of blocking all paths to an Iranian nuclear bomb,” Trump said in a statement on Monday.

It added that the international community should not "allow such significant achievements in multilateral diplomacy to be sacrificed in the name of American aspirations to settle political scores with Iran."

"As long-term experience has shown, it will not be possible to gain concessions from Iran using pressure," the statement pointed out.

"The JCPOA is working and delivering on its goal, namely to ensure that the Iranian program remains exclusively peaceful, as confirmed by the International Atomic Energy Agency (IAEA) in 11 consecutive reports," the bloc said in a statement.

Syria also on Tuesday slammed the United States' re-imposition of sanctions on Iran, saying it was an "illegal" move driven by the "arrogance."

"These unilateral actions are illegal under international law and confirm that the US administration's policies have a proclivity for hegemony and arrogance," the Syrian official added.

The official expressed Syria's full solidarity with Iran "in facing the hostile policies of the US administration" and added, "Iran's leadership, government, and people will triumph over all the ramifications of these steps."

The United Nations said on Monday it will continue to encourage support for all governments for the Iran nuclear agreement despite the US re-imposition of sanctions on Tehran.

In response to the possible humanitarian impacts of the sanctions, Haq said, “We will have to see what effects of these measures are.”

He emphasized that it is important that “Iran and the other parties comply with the terms of the JCPOA “regardless of the steps that are being taken.”

The UN spokesperson said the nuclear accord is the best way of resolving this particular situation and this is the reason that “we would encourage all countries to do what they can to support the agreement.”

In a live televised interview on Monday, Iranian President Hassan Rouhani said the US administration is no more able to prove its trustworthiness for any negotiations after its withdrawal from the Iran nuclear deal in May and a number of other international treaties.

The European Union said on Tuesday the international community has an obligation to maintain economic relations with Iran, despite the United States’ unilateral withdrawal from the multilateral deal with the Islamic Republic that could hamper such relations.

Iraq refuses to support US sanctions on Iran: PM

Iraqi Prime Minister Haider al-Abadi also said his country does not agree with US sanctions against Iran.

"As a matter of principle we are against sanctions in the region. Blockade and sanctions destroy societies and do not weaken regimes," he said at a news conference on Tuesday.