TEHRAN, August 8 - Soaring over the Niger river before entering the savannah in northern Mali, a Canadian twin-engined military helicopter is making one of its first forays into the country. 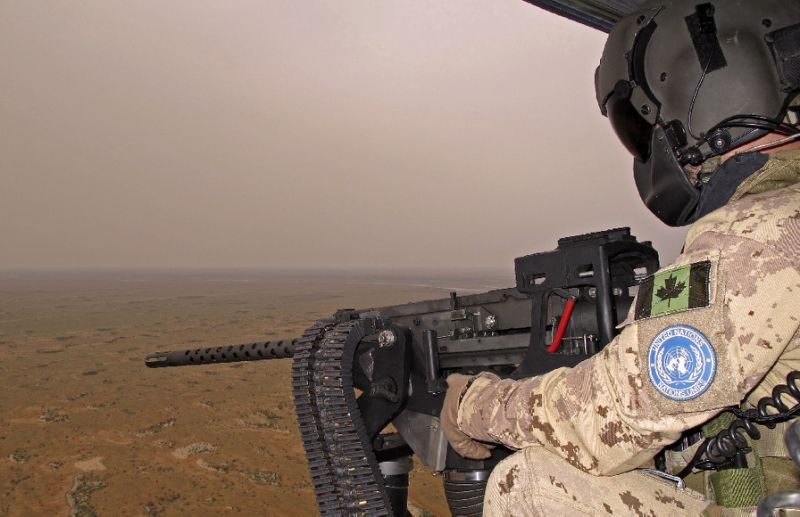 TEHRAN, Young Journalists Club (YJC) - Two artillerymen are scanning the ground below when the pilot announces that "one of the gauges has stopped. We only have one engine left".

As Canada sends its first peacekeeping force to Africa in 24 years, they are discovering a conflict -- and weather conditions -- unlike anything they have dealt with in a long time.

They have joined one of the United Nation's most difficult and dangerous missions -- the 14,000 strong MINUSMA operation in Mali, a linchpin West African country in the vast, arid Sahel region.

Flying in northern Mali, which is mostly covered by the Sahara desert, "is like working in the Arctic, you just swap ice for sand and -40 degrees for +40," jokes lieutenant-colonel Chris Morrison, commander of the Canadian air troops in the northeast city of Gao.

Aircraft have to operate in extreme conditions in the Sahara and "there are few runways to land on" for repairs or refills, says Morrison, whose previous missions include Bosnia and Afghanistan.

While it was Canada that helped mastermind the idea of large-scale UN peacekeeping missions back in the 1950s, it hasn't deployed significant numbers of "Blue Helmet" troops -- as the peacekeepers are known -- for more than a decade.

Nevertheless, Prime Minister Justin Trudeau is keen for Canada to return to peacekeeping operations, not least in a bid to secure a non-permanent seat on the UN Security Council in 2021.

The Mali mission marks the first full-throated Canadian peace-keeping mission to Africa for the since the Rwandan genocide in 1994, when Ottawa lead the UN mission there.

Since last month, a contingent of 250 Canadian soldiers and six helicopters -- two Chinook flying ambulances and four Griffon attack aircraft -- have taken over from German troops in conducting medical evacuations.

They are stationed at Camp Castor in Gao with around 900 German and 100 Dutch soldiers.