TEHRAN, August 8 - Australia's most populous state was declared entirely in drought on Wednesday and struggling farmers were given new authority to shoot kangaroos that compete with livestock for sparse pasture during the most intense dry spell in more than 50 years. 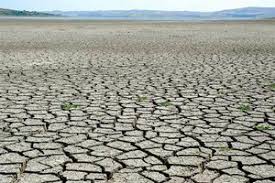 TEHRAN, Young Journalists Club (YJC) - Much of Australia's southeast is struggling with drought. But the drought conditions in New South Wales state this year have been the driest and most widespread since 1965.

"This is tough. There isn't a person in the state that isn't hoping to see some rain for our farmers and regional communities," Blair said in a statement.

Farm reservoirs have dried up and crops are failing.

State and federal governments are providing financial help, but not enough for many farmers.

With dry conditions forecast to continue for the next three months, farmers had to decide whether to continue the expensive and laborious task of hand-feeding cattle and sheep or sell their livestock.

The state government on Wednesday also lifted the number of kangaroos that farmers are allowed to shoot and reduced bureaucratic red tape facing land holders applying for permission to shoot.

The requirement to tag dead kangaroos to keep a tally of the number shot across the state had been dispensed with.

"Many farmers are taking livestock off their paddocks, only to then see kangaroos move in and take whatever is left," Blair said.

"If we don't manage this situation, we will start to see tens of thousands of kangaroos starving and suffering, ultimately leading to a major animal welfare crisis," he added.

But Ray Borda, president of the Kangaroo Industries Association of Australia, which represents commercial shooters who hunt kangaroos for meat and leather, raised animal welfare concerns about the regulation changes.

"Anybody on the land that will make a phone call to the Department of Environment can get permission to shoot almost whatever they want to shoot and it's unaudited and unchecked and that's our concern — animal welfare," Borda told Australian Broadcasting Corp.

The government would have been better off subsidizing professional shooters to reduce kangaroo numbers more humanely, he said.

"We see this as probably the worst possible outcome for the kangaroo, but I've got to emphasize we do understand the plight that farmers are in," Borda said.