TEHRAN, August 8 - Venezuela’s state-run oil company PDVSA has limited the damage from an unprecedented slump in crude exports by transferring oil between tankers at sea and loading vessels in neighboring Cuba to avoid asset seizures. 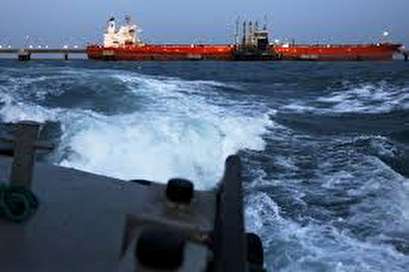 But the OPEC member nation is still fulfilling less than 60 percent of its obligations under supply deals with customers.

Venezuela has been pumping oil this year at the lowest rate in three decades after years of underinvestment and a mass exodus of workers. The state-run firm’s collapse has left the country short of cash to fund its embattled socialist government and triggered an economic crisis.

PDVSA’s problems were compounded in May when U.S. oil firm ConocoPhillips (COP.N) began seizing PDVSA assets in the Caribbean as payment for a $2 billion arbitration award. An arbitration panel at the International Chamber of Commerce (ICC) ordered PDVSA to pay the cash to compensate Conoco for expropriating the firm’s Venezuelan assets in 2007.

The seizures left PDVSA without access to facilities such as Isla refinery in Curacao and BOPEC terminal in Bonaire that accounted for almost a quarter of the company’s oil exports.

Conoco’s actions also forced PDVSA to stop shipping oil on its own vessels to terminals in the Caribbean, and then onto refineries worldwide, to avoid the risk the cargoes would be seized in international waters or foreign ports.

Instead, PDVSA asked customers to charter tankers to Venezuelan waters and load from the company’s own terminals or from anchored PDVSA vessels acting as floating storage units.

The state-run company told some clients in early June it might impose force majeure, a temporary suspension of export contracts, unless they agreed to such ship-to-ship transfers.

PDVSA also requested the customers stop sending vessels to its terminals until it could load those that were already clogging Venezuela’s coastline.

Initially, customers were reluctant to undertake the transfers because of costs, safety concerns and the need for specialist equipment and experienced crew.

But PDVSA has managed to export about 1.3 million barrels per day (bpd) of oil since early July, up from just 765,000 bpd in the first half of June, according to Thomson Reuters data and internal PDVSA shipping data seen by Reuters.

That was still 59 percent of the country’s 2.19 million bpd in contractual obligations to customers for that period, and some vessels are still waiting for weeks in Venezuelan waters to load oil.

There were about two dozen tankers waiting this week to load over 22 million barrels of crude and refined products at the country’s largest ports, according to Reuters data.

“We are not tied to one option or a single loading terminal,” PDVSA President Manuel Quevedo said on Tuesday of the company’s exports. “We have several (terminals) in our country and we have some in the Caribbean, which of course facilitate crude shipping to fulfill our supply contracts.”