TEHRAN, August 8 -Ford Motor (F.N) said on Wednesday it will launch in China early next year a new “entry-level” sport utility vehicle developed jointly with a local partner, as the U.S. automaker attempts to revive its slumping business in the world’s biggest auto market. 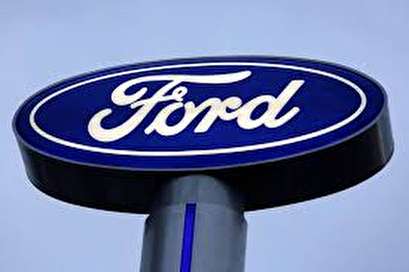 The Ford Territory, developed with Jiangling Motors Corp (JMC) (000550.SZ) and available in three powertrain choices including a plug-in hybrid version, is intended to close a gap in its China strategy.

The new SUV is one of the 50 new or redesigned vehicles Ford has said it plans to launch in China starting this year and through 2025, which include the redesigned Ford Focus car due to hit showrooms later this year.

It will make it possible for Ford to compete with indigenous Chinese automakers such as Geely [GEELY.UL] and Great Wall Motor (601633.SS) that are pumping out hot-selling compact SUVs with competitive quality and lower price tags.

Ford did not discuss on Wednesday a specific pricing strategy for the Territory, but two individuals familiar with the new car said it will likely have a price tag of around 150,000 yuan ($21,990.27).

The car puts the company in a segment it has never competed in before and which is witnessing surging demand from smaller, but fast-growing interior cities across China that indigenous Chinese automakers have capitalized on to grow rapidly.

“Clearly this’s been a difficult year for Ford in China. But this new vehicle is part of our growth plan that will improve our business in China and return us to profitability and set us on a growth trajectory again in China,” Ford’s Asia-Pacific and China chief Peter Fleet told Reuters in an interview on Wednesday.

Ford’s business in China has been faltering since last year. Its vehicle sales tumbled 25 percent in the first half of 2018 from the same period a year ago to 400,443 vehicles, which led to a second-quarter pre-tax loss of $483 million for its China operations.

According to consultancy LMC Automotive, it was Ford’s biggest first-half percentage decline in sales volume since starting operations in China in 2001.

Ford blames its weak China business on an ageing model lineup that is awaiting an overhaul.

The sales slump is also exacerbated by the impact of China’s trade tensions with the United States, a problem that has hit Ford’s premium brand Lincoln hard since all Lincoln cars sold now in China are imported from the United States and face a 40 percent tariff Beijing levies on U.S.-made cars in retaliation for U.S. trade actions.