Zimbabwe opposition leader Biti in custody after Zambia deports him 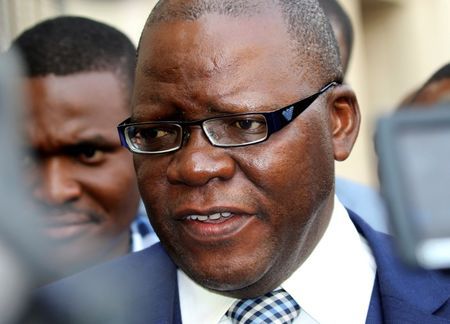 TEHRAN, Young Journalists Club (YJC) - Police in Zimbabwe were looking for Biti and eight other opposition figures for allegedly fomenting violence following a disputed national election in which President Emmerson Mnangagwa was declared the winner.

"The information we have is that he is now being escorted back to Harare by detectives," said Alec Muchadehama, one of several Zimbabwean lawyers representing Biti, told Reuters.

Police national spokeswoman Charity Charamba said she had no information on Biti's case.

Six people were killed last week in an army crackdown on post-election protests against the victory by Mnangagwa's ruling ZANU-PF party. Mnangagwa's main rival, opposition leader Nelson Chamisa, has accused the government of clamping down on members of his party.

Biti, whose People's Democratic Party had formed an election alliance with Chamisa's Movement for Democratic Change (MDC), had been in hiding since last week and had feared for his life, another of his lawyers, Nqobizitha Mlilo, said.

The outspoken former finance minister finds himself in almost the same situation he was in 2008 when he was arrested for announcing that the late MDC leader Morgan Tsvangirai had won a presidential vote.