TEHRAN, August 9 - Poland's president will likely veto changes proposed by the ruling Law and Justice party (PiS) designed to benefit big political parties in 2019 elections to the European Parliament, he said in remarks published on Thursday. 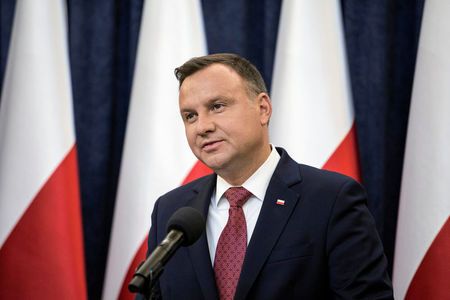 "I do not see a need of such a fundamental limitation of access to the European Parliament. In practice this eliminates smaller parties. I question this from the democratic point of view," Dziennik Gazeta Prawna quoted Andrzej Duda as saying in an interview.

"I am strongly inclined to block this proposal."

Duda is a PiS ally but his potential veto would mark another twist in his relations with the ruling party, which have been volatile since the president unexpectedly vetoed controversial bills intended to reform the court system a year ago.

Duda's first veto was interpreted as a sign of crisis in his relationship with PiS, but since then, despite strong objections at home and abroad, PiS has managed to complete the judicial overhaul and the deadlocked has eased.

Duda approved the most recent amendments to the law, which in effect let the government choose the next Supreme Court chief. Street protesters at that time held up pens during demonstrations against the amendment, referring to Duda's readiness to sign.