TEHRAN, August 9 -Eleven Fulani civilians were kidnapped and killed in the latest bout of ethnic violence to hit Mali, local groups said Thursday, while an official put the toll at 14. 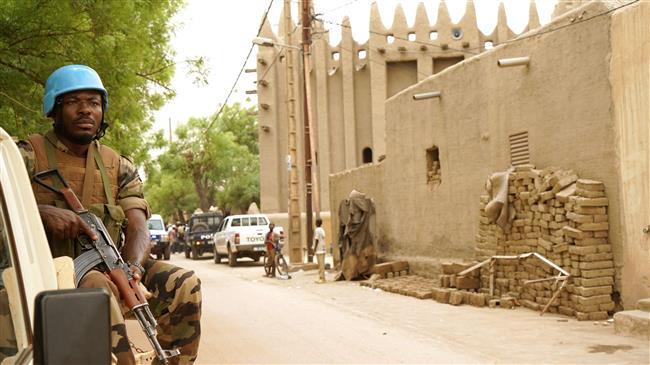 TEHRAN, Young Journalists Club (YJC) -The attack, which occurred in the restive central region of Mopti on Tuesday, was attributed to hunters from the Dogon community.

"Eleven Fulani civilians were kidnapped on Tuesday by the Bani river as they were going to the market in Sofara by Dogon militiamen who arrived on motorbikes," Abdoul Aziz Diallo, who heads the country's main Fulani association Tabital Pulaaku, told AFP.

"Today, we got proof that they were executed," he added.

Violence between nomadic Fulani herders and Bambara and Dogon farmers has escalated in central Mali over the past three years, fueled by accusations that the Fulanis are colluding with militant Takfiri extremists.

More than 300 civilians have died in ethnic clashes since the start of the year, according to UN figures and an AFP toll.

A locally elected official, who spoke to AFP on condition of anonymity, estimated the death toll from Tuesday's incident was 14 -- married men "who were kidnapped and murdered in cold blood."

Apart from the 11 people who were kidnapped, four other Fulani civilians were seized later, the official said.

"One of them managed to escape by pretending to be dead. He is injured and is the one who got the information out," the official said.

The victims' families received on Wednesday evening "pieces of clothing" belonging to the dead, to allow them to organize mourning ceremonies.

In July, armed men -- also described as Dogon hunters -- killed 17 Fulani civilians in the central Mali village of Somena, according to Fulani representatives.

Mali's unrest stems from a 2012 Tuareg separatist uprising which was exploited by Takfiris in order to take over key cities in the north.

The extremists were largely driven out in a French-led military operation launched in January 2013.

But large stretches of the country remain out of the control of Malian, French and UN forces, which are frequent targets of attacks.

Takfiri militancy, meanwhile, has spread from northern Mali to the center and south and spilled into neighboring Burkina Faso and Niger, often exacerbating communal conflicts.