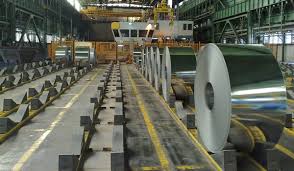 Iran’s output grew by 25.8 percent during the period comparing to the amount in similar period in the year before.