TEHRAN, August 10 -Israeli authorities are reportedly preventing an injured Palestinian prisoner from receiving appropriate medical care and refusing to allow him to undergo an urgent surgery. 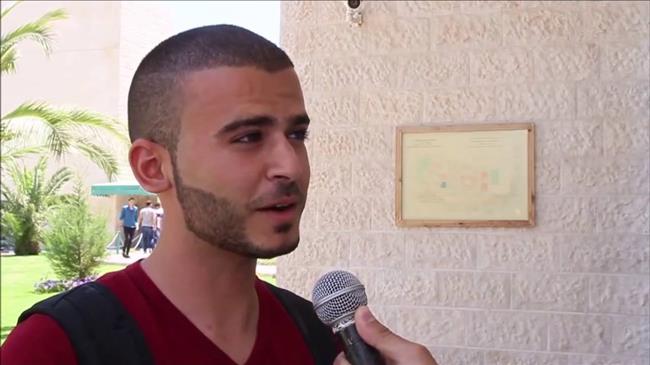 TEHRAN, Young Journalists Club (YJC) - The father of the prisoner, in a press appeal released on Thursday, accused the Israel Prison Service, commonly known in occupied territories by its acronym Shabas, of deliberately neglecting his son’s deteriorating medical situation and delaying the approval of an operation, the Palestinian Information Center reported.

Azmi Annafaa, a local resident of the northern occupied West Bank city of Jenin, is suffering from a bullet injury in his jaw, and urgently needs an operation before his face is disfigured.

He sustained the injury in 2015, when Israeli soldiers sprayed his car with bullets near Za’atara checkpoint south of Nablus, located approximately 49 kilometers (30 miles) north of Jerusalem al-Quds.

He was accused at the time of intentionally ramming his car into a group of Israeli soldiers at the checkpoint. An Israeli military court later sentenced him to 20 years in jail.

According to the Palestinian Information Center, at least 8,000 Palestinian minors have been arrested and prosecuted in Israeli military courts since 2000.

It is estimated that between 500 and 700 Palestinian minors, some as young as 12 years old, are arrested and brought to trial in Israeli courts. The most common charge is stone-throwing.