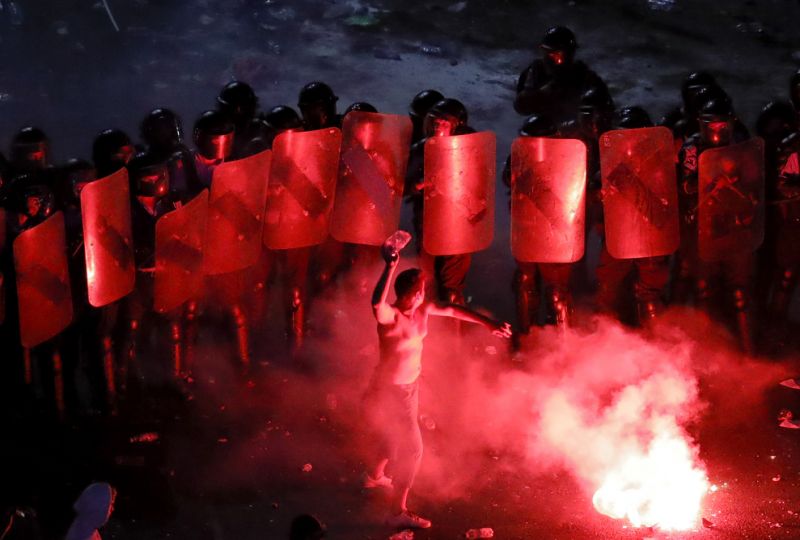 TEHRAN, Young Journalists Club (YJC) - The Bucharest-Ilfov Emergency Service said that, of those, 65 people including nine riot police were taken to the hospital. There are no immediate reports of life-threatening injuries.

Some people sustained head and other injuries, while others were overcome by tear gas, the service said.

The anti-government protest in Bucharest Friday drew tens of thousands Romanians from abroad and local residents who demanded the government resign over moves to change laws that critics say would make it harder to prosecute corruption.

There were accusations that soccer hooligans had infiltrated the largely peaceful protest and deliberately committed acts of violence.

President Klaus Iohannis, a critic of the left-wing government, condemned "the brutal intervention of riot police."