TEHRAN, August 11 - Iran’s Islamic Revolution Guard Corps (IRGC) dismantled a terrorist group in a security operation conducted in the northwest of the country near the border with Iraq. 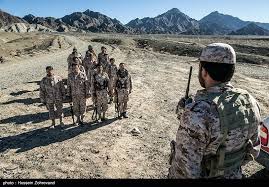 TEHRAN, Young Journalists Club (YJC) - "A well-equipped terrorist group ... intending to infiltrate the country from the border area of Oshnavieh to foment insecurity and carry out acts of sabotage was ambushed and at least 10 terrorists were killed in a heavy clash," the IRGC said in a statement.