TEHRAN, August 11 -The Taliban and Afghan government forces have both claimed to have taken control of the country’s eastern city of Ghazni following fierce fighting. 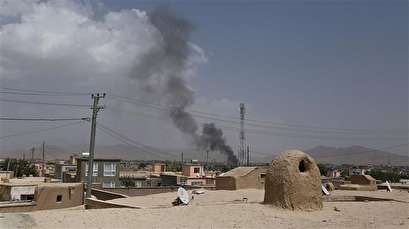 TEHRAN, Young Journalists Club (YJC) -The Taliban and Afghan government forces have both claimed to have taken control of the country’s eastern city of Ghazni following fierce fighting.

“The central government in Kabul said the situation in Ghazni was under their control, but we managed to contact officials in Ghazni who said that fighting was underway in areas surrounding Ghazni,” said Ghazni MP Shah Gul Rezaye.

The Afghan lawmaker also noted that additional reinforcements had been rushed to the city to push back Taliban militants.

The Taliban, however, claimed victory over Afghan forces, saying their militants had “conquered a battalion in Ghazni, seizing weapons and ammunition and four pickup trucks.”

Rezaye said it was difficult to confirm who controls the city now as communication systems are down after the Taliban destroyed a telecommunications tower.

Citing anonymous sources, Afgnistan's Tolo News channel said some shops were open in the central parts of Ghazni and that the clashes were ongoing in western parts of the city.

Ghazni in central Afghanistan is a strategic city straddling the main route between the capital Kabul and southern Afghanistan. Clashes started late on Thursday, forcing authorities to close the highway linking it to Kabul, 150 kilometers to the northeast.

The Taliban issued a statement at the time claiming to have captured most of government buildings and that "so far 140 enemy forces have been killed or wounded."

Provincial governor spokesman Arif Noori also said the bodies of dozens of Taliban fighters were in the streets.

The attack on Ghazni comes in the face of growing pressure on the Taliban to agree to peace talks with the Afghan government to end the 17-year war.

The group has so far ignored President Ashraf Ghani's offer of unconditional peace negotiations even though its representatives met US officials in Qatar last month.

The New York Times reported in July that President Donald Trump’s administration had ordered diplomats to seek direct talks with the Taliban in a bid to jump-start peace negotiations.

The Taliban were ousted from power in 2011 following a US invasion which has led to the occupation of the country to this day. The militant group has, however, been involved in widespread militancy, killing thousands of civilians as well as Afghan and American forces.

Since late last year, Daesh, which has already lost all its urban strongholds in Syria and Iraq, has also taken advantage of the chaos in Afghanistan and established a foothold in the Asian country’s eastern and northern regions, launching brutal attacks against civilians and security forces alike.