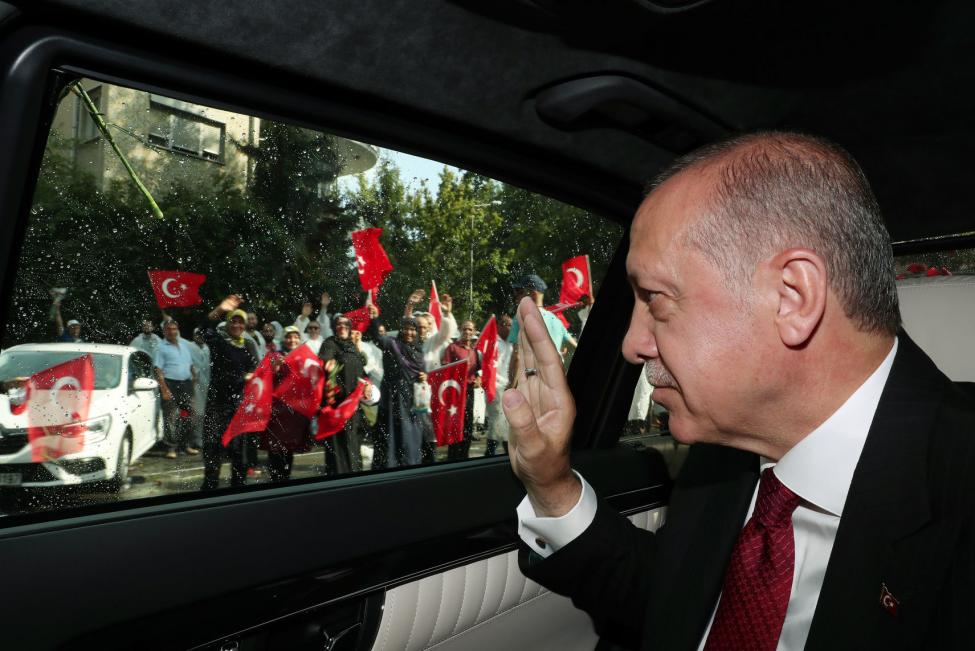 Trump said Friday on Twitter that he authorized a new 20 percent tariff on aluminum and 50 percent tariff on steel from Turkey. It came as a Turkish delegation returned from the United States, reporting no progress on negotiations involving a U.S. pastor imprisoned in Turkey.

Andrew Brunson has been in Turkish custody since 2016, when he was arrested on charges of terrorism and support of a group held responsible for an attempted coup of Turkish President Recep Tayyip Erdogan. U.S. President Donald Trump introduced a round of sanctions on Aug. 1, preventing the Turkish justice an interior ministries from doing business with U.S. businesses. Trump also threatened additional "large sanctions" against Turkey, a NATO ally, for Brunson's detention.

Prior to Trump's announcement, the Turkish lira fell to its lowest point ever against the U.S. dollar on Friday. Reacting to geopolitical concerns, the Dow Jones industrial Average fell 138 points by 11:50 am.

The lira dropped by over 11 percent in value in one day on Friday morning to nearly six lira per dollar. As recently as April the ratio was about four lira per dollar. On Thursday Ergodan said Turkey will withstand the economic pressure.

"There are various campaigns being carried out. Don't heed them. Don't forget, if they have their dollars, we have our people, our God," Erdogan said. "We are working hard. Look at what we were 16 years ago and look at us now," a reference to his terms as prime minister and president.

Trump's action on Friday indicates he is willing to use his presidential powers as an economic and diplomatic weapon, even against allies, the Wall Street Journal reported.

Turkey's economy is regarded as fragile because of its high debt, which the international Monetary Fund estimates is 50 percent of its gross domestic product. As the lira falls in value, the debt becomes harder to pay. Inflation increased 16 percent in July, and Erdogan has insisted that interest rates not increase. His comments suggest that the Turkish central bank does not act with full independence, CNBC reported on Friday.