TEHRAN, August 11 -China’s top newspaper rebutted growing criticism in government circles that Beijing should have taken a lower profile to head off its trade war with the United States, saying on Friday that, like an elephant, China cannot hide its size and strength. 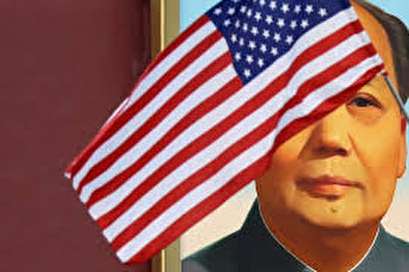 TEHRAN, Young Journalists Club (YJC) -China’s top newspaper rebutted growing criticism in government circles that Beijing should have taken a lower profile to head off its trade war with the United States, saying on Friday that, like an elephant, China cannot hide its size and strength.

The growing trade conflict is causing rifts within China’s Communist Party, with some critics saying that an overly nationalistic Chinese stance may have hardened the U.S. position, sources close to the government have said.

The ruling Communist Party’s official People’s Daily took direct aim at those it said were naysayers in an unusually public rebuttal to a debate that has been happening largely behind closed doors in policy-making circles in China.

While condemnation of the White House has come at home and abroad, there are those who have spread “specious” views on the internet, it said in a lengthy commentary.

“One of these puts the blame on China, saying that ‘China’s strategy is too confident and high profile, incurring a one-two punch from the United States’,” it said.

“Another of these criticizes China saying that it shouldn’t strike back,” the paper said. “The meaning is - as long as China caves in, the United States will raise its hand high in mercy, and the Sino-U.S. trade war won’t happen.”

However, it was absolutely not the case that China brought this upon itself, the commentary said.

History showed that the United States had always gone after countries, such as the former Soviet Union, Britain or Japan, that were perceived as threatening its global dominance. That had brought China into the firing line with its enormous and growing economy, the People’s Daily said.

“After more than a century of hard work, China has returned to the center of the world stage, and this is the basic fact we must observe in the China-U.S. trade friction,” the paper wrote.

“Such a large size, such a heavy thing, can’t be hidden by ‘being low key’, just like an elephant can’t hide behind a sapling,” it said.

China said this week it would slap additional 25 percent tariffs on $16 billion worth of U.S. imports in retaliation against levies on Chinese goods imposed by the United States.

The move was the latest round in escalating tit-for-tat trade tensions, with U.S. President Donald Trump aiming to pressure Beijing into making concessions.

The People’s Daily said Beijing was emerging as an “unprecedented opponent” for the United States.

“Against this kind of ‘opponent’, the United States must adopt two methods - first, use the opponent to encourage itself and exhort mass political support for ‘making America great again’, and second, curb the opponent’s supremacy at every level,” it said.

Rising trade tension with the United States has however become the biggest threat to the stability of the Chinese economy, Wang Yiming, deputy director of the State Council Development Research Center, wrote in a separate column in the People’s Daily on Friday.

With trade headwinds underway, Wang called for a slew of measures to stabilize exports, including improving a state tax subsidy policy that provides tax incentives for Chinese companies to increase their exports, as well as stepping up funding support for Chinese exporters.

China on Wednesday revamped a national leadership group charged with planning and studying its key technological development strategies, sending domestic technology shares higher as investors took it as a sign of policy boost for the sector.

More assistance for China’s tech sector would mark the latest in a series of growth-boosting measures being rolled out by Beijing as an escalating trade war with the United States puts more pressure on China’s already slowing economy.