TEHRAN, August 12 -Turkish-backed militants in Syria are reportedly creating a “national army” with Ankara’s support in the Arab country’s northwest. 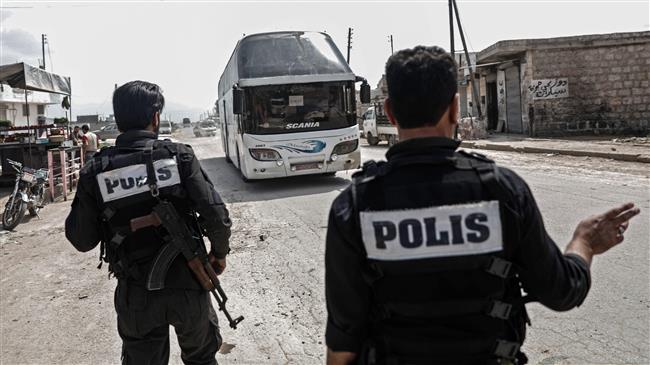 The militants are sewing up rifts within their ranks towards building the force, which comprises some 35,000 members from the biggest factions that have been waging militancy against Syria since 2011.

"We are at the beginning. We face many difficulties but we are working to overcome them," the head of the force, Colonel Haitham Afisi, told Reuters on Sunday.

Afisi is trying to unite the militant groups. He has ordered them to stop "randomly opening fire" and wear uniforms. Various militant outfits have also been banned from operating their own jails and courts and from carrying out extrajudicial arrests.

The news agency said the presence of Turkish forces on the ground has helped to shield the militants from Syrian government attacks.

"All the support for the national army is from Turkey, there are no other states partnering in this matter," Afisi said.

Turkey began operating in northern Syria in 2016 under the banner of fighting the Takfiri terror group of Daesh, while pushing against Kurdish militants, whom it associates with anti-Ankara separatists. Earlier this year, Turkish forces invaded Syria again, this time seizing the northern region of Afrin.

The country has refused to heed calls for withdrawal by Damascus, which views the presence as “occupation.”

Syria, however, has rid most of the country’s expanse of militant and terrorist presence, and President Bashar al-Assad has vowed to recover “every inch” of his country.