TEHRAN, August 12 - Security forces pulled the bodies of three suspected militants from the wreckage of a building in a central Jordanian city on Sunday following a shoot-out in which at least four security personnel were also killed, the government said. 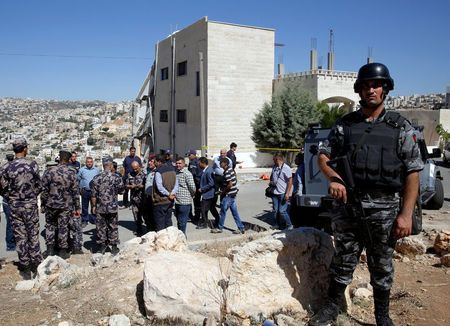 TEHRAN, Young Journalists Club (YJC) - In a huge security operation, Jordanian forces laid siege to the building in a residential part of Salt on Saturday night in a search for those responsible for a bomb attack on Friday on a police van.

The police vehicle had been maintaining security near a music festival in the majority Christian town of Fuhais, near the capital Amman and 15 kms (about 10 miles) from Salt.

Four security personnel were killed during the operation after the suspected militants sought sanctuary in the multi-story building in Salt, a hillside city, the government said.

The side of the building partially collapsed, possibly because of a blast from a suicide bomber inside, a security source said.

No group has claimed responsibility for Friday's attack in Fuhais on the van in which one policeman was killed and six others were injured.