TEHRAN, August 12 - The bodies of three suspected militants have been recovered from under rubble at their hideout following a shoot-out in which at least four Jordanian security personnel were killed. 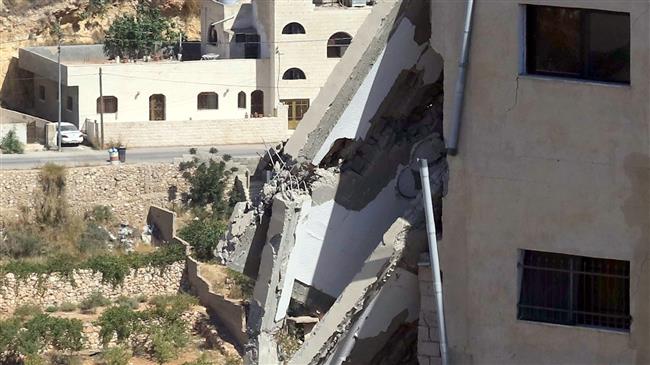 TEHRAN, Young Journalists Club (YJC) - Jordan's government spokeswoman Jumana Ghuneimat confirmed on Sunday that the bodies were pulled out of the wreckage of a building in the hillside city of Salt. She added that security forces had seized automatic weapons in a "continuing operation."

A security source said the side of the building partially collapsed, possibly due to a blast caused by a bomber inside.

The shoot-out also injured at least 20 people, including women and children, living in the area.

Ghuneimat had earlier said search and rescue operations were underway to ensure no civilians were being held hostage in what was left of the building. "The building in which the terrorist cell was found is about to fall and will be demolished to prevent a sudden collapse."

The Hala Akhbar news website linked to Jordan's military said the suspects were Jordanian nationals and that the cell had planned to attack security installations and other crucial targets. The site said the suspects had been armed with explosives, grenades and weapons.

The clash late on Saturday was among the deadliest between suspected militants and Jordanian security forces in recent years.

Jordan has been a target for attacks by the Daesh Takfiri terrorist group in recent years.

In June 2016, a cross-border car bombing by Daesh launched from Syria killed seven Jordanian border guards. In December 2016, a shoot-out at a Crusader castle in the southern town of Karak left 14 people dead, including seven members of security forces, four militants and three civilians.