US military taunts China after plane warned off

TEHRAN, August 12 -The US military has issued several taunting messages after an American plane flying over Chinese-claimed territories in the South China Sea was warned to leave the area. 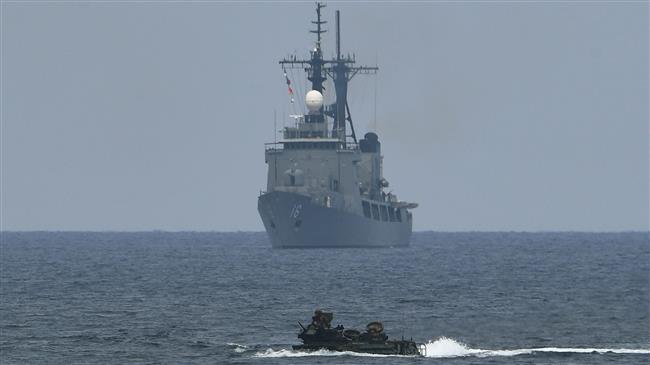 "We will sail, fly and operate wherever international law allows,” the US Navy’s said on its Twitter account Saturday.

The reconnaissance plane was giving CNN reporters aboard a view of Chinese facilities in the region as it flew past China’s garrisons in the Spratly Islands.

Warning the aircraft that it was in Chinese territory, the Chinese military ordered the US Navy plane to “leave immediately and keep out to avoid any misunderstanding.”

The US Indo-Pacific Command also responded to the warning, saying the US won’t be “warned off” to from its “lawful operations” in international waters and airspace.

A similar message came from the Twitter account of the US Forces Japan, where the Poseidon is believed to be based.

“Japan-based US Navy P-8As contribute to regional peace and security every day by flying wherever international law allows,” read the tweet.

Beijing has built up a series of artificial islands in the South China Sea, which acts as a gateway for trillions of dollars in annual global maritime trade. The Philippines, Vietnam, Malaysia, Taiwan and Brunei also claim sovereignty over the disputed waters.

Washington has criticized Beijing for the island-building activities, claiming that the new territories could act as outposts that China uses to restrict movement in the waterway.

Under this pretext, American warships and military aircraft have conducted a number of so-called freedom of navigation operations in the area, often getting very close to Chinese territories.

China has moved weapons and other military equipment to some of the islands, arguing that it needs to keep a military presence in the South China Sea in order to protect its sovereignty.

Share to
Related News
Lockheed Martin to upgrade AEGIS Combat System for U.S. warships
Trump condemns 'all types of racism' on Charlottesville anniversary
US anti-fascist protesters mark anniversary of Charlottesville violent clash
Maternal mortality drops by almost half globally but doubles in US
Tags
us ، people ، navy
Your Comment