UK voters would back staying in EU if vote held now: Poll

EHRAN, August 12 - A new poll carried out in the United Kingdom shows that pro-Brexit sentiments among the public have seen a stark change with over 100 parliament seats that supported Britain’s departure from the European Union now want the country to stay in the bloc. 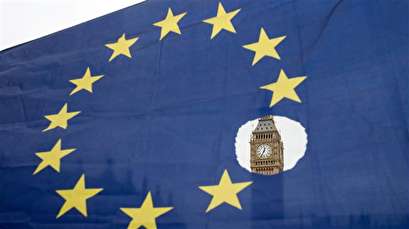 TEHRAN, Young Journalists Club (YJC) - The Observer said Sunday that it had seen the results of the poll by the Focaldata consumer analytics company, which showed many regions, especially in northern England and Wales, the traditional bastions of support for the Labour Party, have withdrawn their majority support for Brexit.

The poll said the change of mind had also occurred among supporters of the Conservative Party, including in constituencies of two notable Brexit campaigners Boris Johnson and Michel Gove.

Then poll, which is believed to be far more accurate than conventional opinion polls due to its methodology, used census information and data from the Office for National Statistics.

It modeled two polls by YouGov and covered 15,000 people in total. The study was conducted before and after a government plan on Brexit was announced on July 6.

The results of the survey comes amid increasing uncertainty about Britain’s future relations with the EU and whether the current Conservative-led government could reach a deal with the bloc in March next year, when Britain officially leaves the EU, or the country would simply crash out, leaving trade and other issued unregulated.

Britons voted with a narrow margin to leave the EU in June 2016. However, there have been repeated calls from across the political spectrum for a second referendum.

Such a vote could become even more serious in light of the recent findings about voters’ switch of allegiance to Remain.

UK Prime Minister Theresa May will likely gain the approval of Parliament for Brexit later this year.