TEHRAN, August 13 - Some 86000 Hajj pilgrims attended 245 Quranic circles held in the past few weeks at different halls of the Nabawi Mosque (The Prophet's Mosque) in the holy city of Medina. 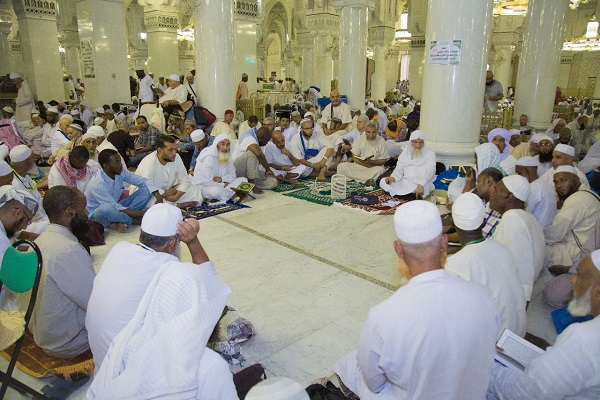 TEHRAN, Young Journalists Club (YJC) - The Quran Teaching Academy of the mosque organized the Quranic programs, aiming to promote the correct reading of Quranic verses among the pilgrims.

The participants in the circles also learned Quran memorization and Tajweed principles.

Ahmad Abdulrazzaq Saedi, director of the academy, said that the educational Quranic center aims to teach the Quran to different age groups.

Training a generation of Quran reciters and memorizers based on Quranic teachings, planning Quranic entertainment programs for students during holidays and disseminating the culture of Quran memorization are among the activities of the academy, he added.

The Quranic circles were held from the first to the 26th of the lunar month of Dhul-Qa’dah (July 14 to August 8).