TEHRAN, August 13 -Speculators will probably attack Italian financial markets this month but the country has the resources to defend itself, a senior and highly influential government official said in a newspaper interview on Sunday. 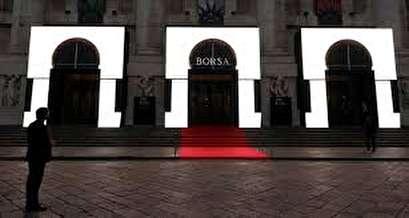 TEHRAN, Young Journalists Club (YJC) - Speculators will probably attack Italian financial markets this month but the country has the resources to defend itself, a senior and highly influential government official said in a newspaper interview on Sunday.

“I expect an attack (in August),” Giorgetti told Libero.

“The markets are populated by hungry speculative funds that choose their prey and pounce ... In the summer the market volumes are small, you can lay the groundwork for aggressive initiatives against countries. Look at Turkey.”

Italian assets have also come under strain in recent weeks, with investors concerned that the governing coalition, made up of the League and the anti-establishment 5-Star Movement, might tear up EU fiscal rules to pay for big-spending budget plans.

“If the (market) storm comes, we will open our umbrella. Italy is a big country and has the resources to react, thanks in part to its large amount of private savings,” said Giorgetti, who is seen as a moderating force within the League.

Quoting a report by bankers’ federation Fabi, Italian newspapers said on Sunday household savings in Italy totaled some 4.4 trillion euros against 2.2 trillion in 1998.

In an interview with Il Foglio newspaper on Saturday, Foreign Minister Enzo Moavero Milanesi, who is not a member of any political party, said the collapse of Turkey’s lira currency showed how important it was for Italy to be a part of the euro.

“What is happening in Turkey should be carefully considered by those who continue to have doubts over whether a currency like the euro is a positive thing or not,” he said.

Ahead of March national elections, the League called for Italy to exit the euro, but since forging its alliance with 5-Star has repeatedly denied any suggestion that it is planning to orchestrate Italy’s exit from the single currency.

Underscoring deep divisions within the coalition on the issue, the League’s chief economist Claudio Borghi, who is head of the lower house budget committee, said on Sunday that Moavero did not understand what he was talking about.

“We should worry about the euro, not celebrate its presumed stability,” he told La Verita daily, warning that plans by the European Central Bank to finish its three-year-old stimulus program could prove highly damaging to Italy.

“Either a new (market) guarantee is put in place, or we need to prepare for a plan B,” he said, in an apparent reference to Italy exiting the euro. “We already have a (trade) surplus. The moment we have our own currency, we will have a super surplus.”

Mixed messages from various government ministers and coalition officials have confused investors and exacerbated market concerns over the coalition’s economic plans. Giorgetti said there could be no room for communication errors.

“My colleagues must understand that the old ruling class in Italy and Europe want to abort this government ... the EU fears that if we succeed in Italy, other countries will imitate us.”