TEHRAN, August 13 - Turkey is reviewing its exit strategies from the current economic crisis. The central bank has launched measures to ensure financial stability and allay concerns in markets rattled by an abrupt plunge in the national currency value. 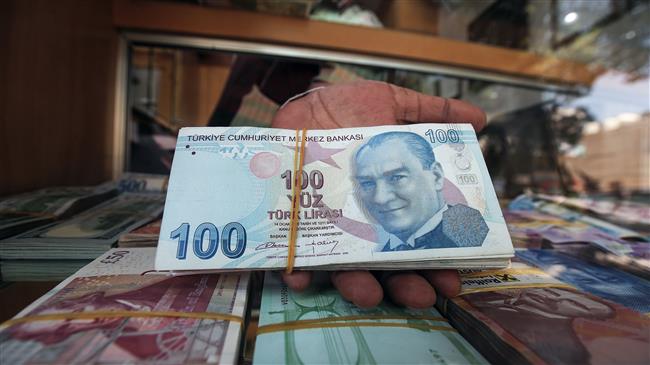 TEHRAN, Young Journalists Club (YJC) - At the same time, the government has launched a probe into individuals suspected of involvement in actions that threaten the country’s economic security after President Recep Tayyip Erdogan said the lira's drop was "a political plot" against Ankara.

Istanbul prosecutor's office said that Turkey was the target of an economic attack, and pledged to take legal action against all written and visual news as well as social media accounts which serve towards that purpose, CNN Turk reported Monday.

The lira dropped some 16 percent to new record lows against the dollar on Friday.

The currency crash was sparked by simmering tensions with the United States. The detention of an American pastor in Turkey has cast doubts over the future of partnership with Washington.

In an attempt to calm markets rattled by the lira’s devaluation, the central bank announced on Monday that it was ready to take "all necessary measures" to ensure financial stability, and pledged to provide banks with "all the liquidity" they need and cut reserve requirement ratios for Turkish banks.

The bank, however, gave no clear promise of raising interest rates, which is seen by most economists as necessary to resolve the crisis.

Following the central bank's promises on Monday, the lira pulled back from a record low of 7.24 against the dollar, strengthening to 6.4, before weakening again to 6.92.

Finance Minister Berat Albayrak announced late Sunday that Ankara would begin implementing an action plan in response to the crisis.

"Our institutions will take necessary action from Monday in order to relieve the markets," he said, noting that the plan would center on "the state of our banks and the small and medium-size enterprises" most affected by the lira's fall.

His remarks came as President Erdogan, his father-in-law, signaled he would not offer concessions to the US in what is seen as one of the worst rows between the two NATO allies in years.

Erdogan said his country would begin to seek new partners, following what he described as a "political plot" against Ankara.

Relations between the two NATO allies have taken a turn for the worse amid a dispute over the detention in Turkey of US evangelical pastor Andrew Brunson on terrorism charges.

On Friday, US President Donald Trump doubled steel and aluminum tariffs on Turkey, saying that relations between Washington and Ankara were “not good.”

Trump's announcement came shortly after President Erdogan called on Turks to help defend the country against the US-launched economic war by exchanging dollars and gold for Turkish lira.

Ankara and Washington also disagree over their military interventions in the Syria war, Turkey's plan to buy missile defense systems from Russia as well as the US conviction of a Turkish state bank executive on sanctions-busting charges in January.