TEHRAN, August 13 -Turkey is under a speculative attack as the recent developments in the lira cannot be explained by the country’s economic fundamentals, Isbank chief executive Adnan Bali said on Monday. 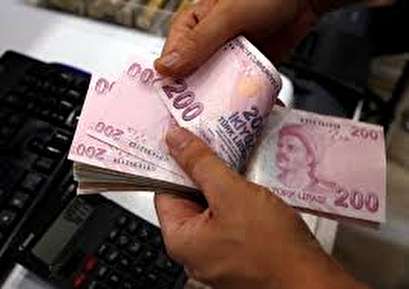 TEHRAN, Young Journalists Club (YJC) - Turkey is under a speculative attack as the recent developments in the lira cannot be explained by the country’s economic fundamentals, Isbank chief executive Adnan Bali said on Monday.

In an interview with broadcaster BloombergHT, Bali also said Turkey had to take steps in line with ‘the rules of economic discipline’ in terms of interest rates, suggesting he wanted to see a rate hike.

The lira has lost more than 40 percent of its value against the dollar so far this year over worries about the state of the economy and a bitter diplomatic spat with the United States.

It hit a fresh record low on Monday in early Asia Pacific trade and its tumble of 18 percent at some point on Friday has spread to global markets.

“This is a serious speculative attack,” Bali said. “I can not explain the point we have arrived with economic fundamentals,” he said, echoing Turkish President Tayyip Erdogan who said the country was the target of an economic war.

To shore up the lira, Turkey’s central bank on Monday pledged to provide liquidity and cut lira and foreign currency reserve requirements for Turkish banks. Investors have repeatedly said a rate hike from the central bank is needed to restore trust.

“You may not like it but whatever is needed for interest rates within the rules of economic discipline will be done. One would have to go under chemotherapy if needed, interest rates are similar,” Bali said.

Erdogan, who has called himself the “enemy of interest rates,” wants cheap credit from banks to fuel growth, but investors fear the economy is overheating and could be set for a hard landing. His comments on interest rates have heightened perceptions that the central bank is not independent.

The rise in the dollar squeezed profit margins and also increased risky assets, Bali said, but he added that there was no outflow of deposits over the past week, when the lira’s tumble accelerated.