TEHRAN, August 13 -A report published by the United Nations says thousands of Daesh terrorists have maintained presence in Iraq and Syria despite the Takfiri group’s defeat and a halt in the flow of foreign militants joining its ranks. 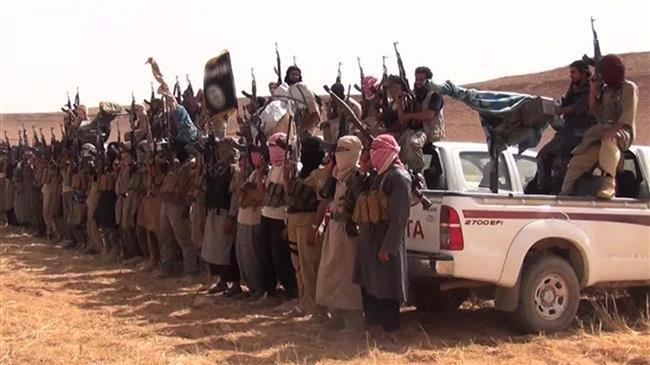 TEHRAN, Young Journalists Club (YJC) -The report by UN sanctions monitors revealed on Monday that the total Daesh membership in Iraq and Syria was "between 20,000 and 30,000 individuals, roughly equally distributed between the two countries.”

The report also estimated that between 3,000 and 4,000 Daesh terrorists were based in Libya, while some of the key operatives in the Takfiri outfit were being relocated to Afghanistan.

Daesh once controlled large swathes of territory in Iraq and Syria, but was driven out of its two strongholds – Mosul and Raqqah – last year.

Daesh "is still able to mount attacks inside Syrian territory. It does not fully control any territory in Iraq, but it remains active through sleeper cells" of agents hiding out in the desert and elsewhere, according to the report.

The sanctions monitoring team also said the flow of foreign militants toward the terrorist group "has essentially come to a halt," citing lack of finances.

The team submits independent reports every six months to the Security Council on Daesh and al-Qaeda, which are on the UN terrorist blacklist.

On December 9, 2017, Iraq’s Prime Minister Haider al-Abadi declared the end of military operations against Daesh in the Arab country.

The Iraqi forces took control of eastern Mosul in January 2017 after 100 days of fighting, and launched the battle in the west on February 19 last year.