TEHRAN, August 14 - Iran’s Foreign Ministry spokesperson denied as invalid the comments by Rajab Safarov about Iran’s share of the Caspian Sea, saying no such person has ever been involved in the team of Russian negotiators. 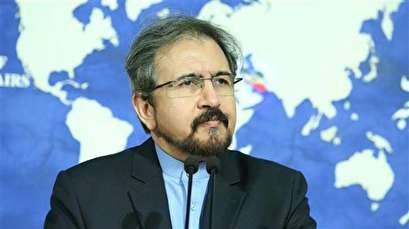 TEHRAN, Young Journalists Club (YJC) - Asked by Tasnim about a recent report from a Persian-language foreign-based media outlet which has referred to Rajab Safarov as a member of Russia’s team of experts involved in the Caspian negotiations in Kazakhstan, Foreign Ministry Spokesman Bahram Qassemi said, “Records show that he (Safarov) has been never a negotiator in the Russian delegation negotiating with the Iranian delegation.”

“Without doubt, the comments and allegations by the above-mentioned person have basically no credibility,” Qassemi added.

The spokesperson also noted that such baseless allegations and false reports against Iran at this juncture have “certain objectives” that are masterminded by “specific elements and centers.”

The reaction came after BBC Persian broadcast an interview with Safarov, introducing him as a member of Russia’s team of experts in the Kazakhstan talks about the Caspian Sea legal regime.

A summit of leaders of the Caspian littoral states concluded in the Kazakh city of Aktau on Sunday with a long-awaited convention on the legal regime of the large lake.

The five littoral states - Iran, Russia, Turkmenistan, Kazakhstan and the Republic of Azerbaijan- also signed six other agreements in the summit.