Euro edges up, but threat from Turkey remains

TEHRAN, August 14 -The euro recovered on Tuesday from earlier losses linked to the collapse of the Turkish lira, but investors said the exposure of European banks to Turkey would continue to trouble the single currency. 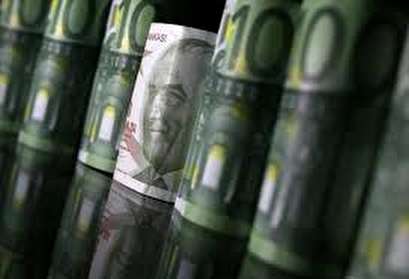 TEHRAN, Young Journalists Club (YJC) -The euro recovered on Tuesday from earlier losses linked to the collapse of the Turkish lira, but investors said the exposure of European banks to Turkey would continue to trouble the single currency.

The lira TRYTOM=D3 has lost more than 40 percent of its value against the dollar this year, hit by worries over President Tayyip Erdogan's calls for lower interest rates and fraying ties with the United States..

On Tuesday, however, the lira recovered some ground, trading at 6.60 to the dollar at 1115 GMT, up around five percent on the day, after having crashed to an all-time low of 7.24 on Monday.

The currency was supported by news of a planned conference call in which the finance minister would seek to reassure investors concerned by Erdogan’s control of the economy.

“Everyone was talking about contagion because of the European banks’ exposure but the notion in the market today is that the contagion is rather limited — it does look like the euro is losing its sensitivity to Turkey-related developments,” said Manuel Oliveri, an FX strategist at Credit Agricole in London.

Other analysts said the euro’s gains were unlikely to last long.

“We did not see much of an uplift in the euro despite some decent German growth data. That suggests to me this relief rally may be pretty short-lived,” said Viraj Patel, a currency analyst at ING in London.

Investors remain nervous about the plunge in the lira, prompting capital outflows from other emerging markets that run hefty current account deficits and rely on foreign capital.

But emerging market currencies gained ground against the dollar on Tuesday with the South African rand up 1.6 percent ZAR=, the Russian rouble up 1.5 percent RUB= and the Mexican peso up one percent MXN=.

Traders shifted into currencies deemed safer, such as the yen and Swiss franc, underlining continued market fears about Turkey.

The franc rose 0.2 percent against the euro EURCHF=EBS after hitting a one-year high of 1.1288 francs on Monday. The yen, however, weakened 0.2 percent versus the dollar to 110.9 JPY=D3.

Until the crisis in Turkey is over, “risk aversion is likely to remain elevated, which will continue to benefit mainly the currency safe havens,” said Antje Praefcke, a currency strategist at Commerzbank in Frankfurt.

The dollar was headed for its biggest daily decline this month and versus a basket of major currencies was down 0.2 percent at 96.230 .DXY. It had rallied since the Turkish lira crisis erupted last week.