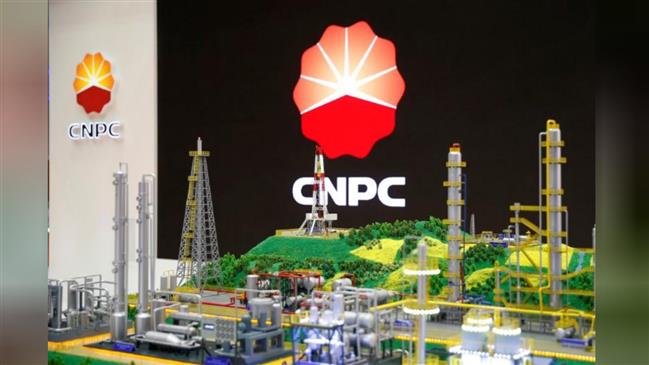 TEHRAN, Young Journalists Club (YJC) - Total is pulling out Total of the multibillion-dollar gas project after failing to secure a waiver from US sanctions which will go into effect against Iran’s energy sector on November 4.

The French oil major owns 50.1 percent of the South Pars project, with CNPC taking another 30 percent and Iran’s Petropars having a 19.9 percent stake.

CNPC is reportedly considering taking over the majority stake from Total which signed a $1 billion deal in July 2017 to develop phase 11 of the South Pars gas field.

The contract, signed in the wake of the landmark 2015 nuclear deal with Iran, gave CNPC the option to take over Total’s stake if it pulled out.

"The contractual process is still ongoing and for our part, we have not been informed of an official CNPC position, but as we have always indicated, CNPC, a Chinese state-owned company, has the right to take over our participation if CNPC decide it," a Total spokesman was quoted as saying Monday.

“The role of the members of the consortium developing this project is in accordance with the provisions of the contract, and there is still no formal change in these provisions,” he told the Ministry of Petroleum’s Shana news outlet.

IRNA had earlier quoted him as saying that CNPC had taken over Total’s share in the South Pars project.

Total faced a 60-day deadline set by Iranian Minister of Petroleum Bijan Zangeneh to secure a waiver from the US or withdraw from the project, and the company saw it expire in July.

China - Iran’s No. 1 customer - has opposed unilateral US sanctions on Iran and pledged to maintain trade with the country.

The world’s No. 2 economy is reportedly gearing up to take more and “vacuum up much of the Iranian oil that other nations won’t buy because of the threat of US sanctions.”

CNPC and Sinopec have invested billions of dollars in Iran’s giant Yadavaran and North Azadegan oil fields and eye participating in further developments of the deposits.