TEHRAN, August 15 - Ankara has sharply increased tariffs on certain US imports, some of them more than double, in response to Washington’s “deliberate attacks” on the Turkish economy amid a widening dispute between the two NATO allies. 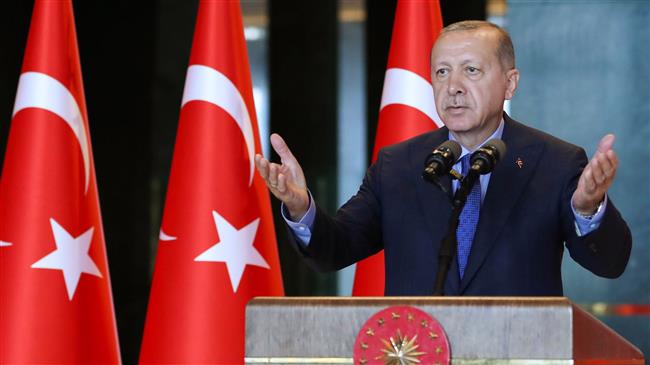 TEHRAN, Young Journalists Club (YJC) - According to a presidential decree released on Wednesday, the tariffs on goods such as cosmetics, rice and coal have been raised to 100 percent while those on alcoholic drinks, passenger cars and leaf tobacco have reached 140, 120 and 60 percent, respectively.

Turkey’s Vice President Fuat Oktay said in a post on his official Twitter account that the new tariffs came within the framework of the reciprocity principle.

Ankara and Washington are at odds on multiple fronts, including the Syria policy and Turkey's intent to buy Russian defense systems.

Relations between the two sides have further soured over Ankara’s imprisonment of American pastor Andrew Brunson.

The pastor has been accused of having links with the outlawed Kurdistan Workers' Party (PKK) and the Gulen movement, which Turkey blames for the 2016 failed military coup.

On July 25, Brunson was placed under house arrest after almost two years in a Turkish jail.

US and Turkish officials held talks in Washington in a bid to resolve the crisis over the detained pastor, but the discussions concluded without any obvious progress.

On August 10, Trump approved a doubling of steel and aluminum tariffs on Turkey, saying Washington's ties with Ankara were “not good at this time."

Erdogan said Turkey is the target of an economic war waged by the US, calling on citizens to exchange foreign currency and gold for the lira.

“It is wrong to dare bring Turkey to its knees through threats over a pastor,” Erdogan said. “I am calling on those in America again. Shame on you, shame on you. You are exchanging your strategic partner in NATO for a priest.”

On Tuesday, the Turkish president said his country would boycott US electronic goods, including Apple’s iPhone.