Chances of UK leaving EU with a deal only 50-50: Latvian foreign minister

TEHRAN, August 15 - Latvia’s foreign minister says Britain’s chances of leaving the European Union without a Brexit deal have now increased to an even point. 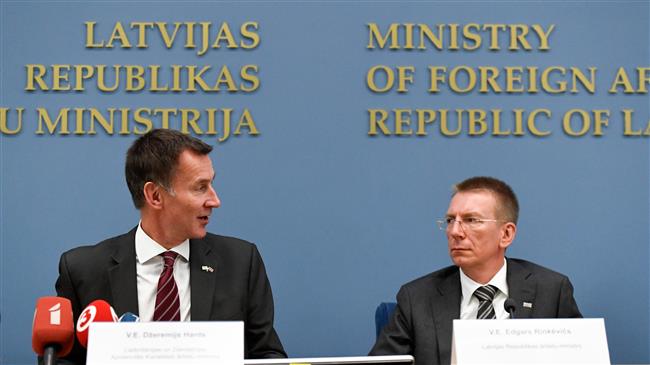 TEHRAN, Young Journalists Club (YJC) -“Frankly at this point I would rate it 50:50. 50:50 is a very considerable risk,” Edgars Rinkēvičs said in an interview with the BBC on Wednesday, adding that there was a “very considerable risk” that Britain could crash out of the EU without a withdrawal agreement.

The comments came ahead of meeting between Rinkēvičs and UK foreign minister Jeremy Hunt.

The top British diplomat is currently touring European capitals in an appeal for more EU flexibility in talks with Britain on how the country would finally leave the bloc in March next year.

Senior EU officials have dismissed a plan submitted by British Prime Minister Theresa May last month, saying her proposals on issues like trade and the Irish border would not work. That has revived fears about a no-deal Brexit, a scenario which many warn could have serious implications for Britain.

Rinkēvičs said both the EU and the UK could suffer in case of a no-deal Brexit.

However, he said that both the public and the government in Britain now have a clear picture of how difficult it could be to live outside the EU without a deal on future relations with the bloc.

“I think it is only now the British public and British government understand how complex, how difficult, this kind of Brexit is and that it is very difficult to build the future relationship.”

A report in The Guardian on Wednesday suggested that EU officials were definitely against May’s plan for direct talks with EU leaders over Brexit during an EU summit in Salzburg, Austria, on September 20.

“That is completely ridiculous, that is complete overspin of Salzburg,” one senior source told the newspaper, adding, “It would mean that we would ditch our negotiating approach of the last two years and discuss at 28 instead of 27 to one, and I don’t see why this would happen.”