TEHRAN, August 15 - British air force fighter jets stationed as part of a NATO mission in Romania have been scrambled to intercept Russian bombers flying over the Black Sea in Eastern Europe. 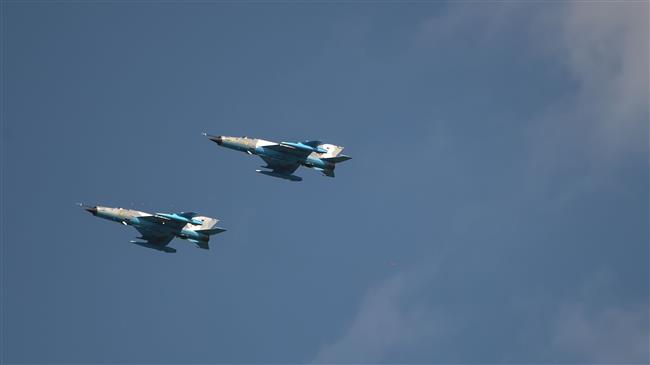 TEHRAN, Young Journalists Club (YJC) - The Royal Air Force (RAF) said Wednesday that its Eurofighter Typhoons were launched two days ago from their base in Romania to force Russian Su-24 Fencer planes leave the skies above the region.

The RAF said in a statement that the operation began after the Russian planes were flying close to NATO air space and having “significant ... air activity through most of the night.”

The statement added that Russian aircraft eventually turned towards Crimea, a peninsula on the Black Sea, which has been at the heart of a row between Russia and NATO since it disintegrated from Ukraine and joined Russia four years ago.

The RAF said the operation was in accordance with the “NATO Enhanced Air Policing,” a mission which is part of a wider NATO deployment in countries to the west of Russia to allegedly counter Moscow’s expanded military activity. The Kremlin denies the allegations, while it accuses NATO of threatening the security of its borders.

Britain has deployed four RAF Typhoons at the Mihail Kogalniceanu air base near Constanta in southeast Romania. The United States, which leads NATO mission in the region, maintains several hundred troops in the base while four of its F-15C Eagles are also deployed in neighboring Bulgaria.

Encounters between Russian and British air forces have occurred in the past almost on a regular basis.

Russia has repeatedly announced that it is ready to launch a dialogue with NATO countries to prevent dangerous military incidents in the region.