TEHRAN, August 16 - The United States imposed sanctions on a Russian port service agency and Chinese firms on Wednesday for aiding North Korean ships and selling alcohol and tobacco to Pyongyang in breach of U.S. sanctions aimed at pressuring North Korea to end its nuclear programs. 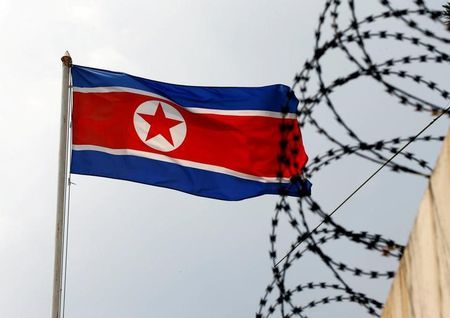 "The tactics that these entities based in China, Singapore, and Russia are using to attempt to evade sanctions are prohibited under U.S. law, and all facets of the shipping industry have a responsibility to abide by them or expose themselves to serious risks," U.S. Treasury Secretary Steven Mnuchin said in a statement.

Washington has been pressuring North Korea to give up its nuclear weapons program.

Gao Ye, legal representative of Dalian Sun Moon Star International Logistics Trading, said when asked for comment on the U.S. Treasury statement the matter was still unclear and the Chinese company had not received any notice.