US newspapers hit back at Trump, defend free press

TEHRAN, August 16 - US newspapers big and small hit back Thursday at President Donald Trump's relentless attacks on the news media, launching a coordinated campaign of editorials stressing the importance of a free press.

TEHRAN, Young Journalists Club (YJC) - Leading the charge was The Boston Globe, which had issued an appeal for this drive -- accompanied by the hashtag #EnemyofNone -- that has been joined by more than 200 newspapers around the country. 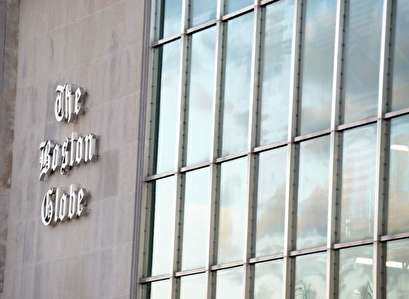 "Today in the United States we have a president who has created a mantra that members of the media who do not blatantly support the policies of the current US administration are the 'enemy of the people,'" the Globe editorial said.

"This is one of the many lies that have been thrown out by this president, much like an old-time charlatan threw out 'magic' dust or water on a hopeful crowd," it added in a piece entitled "Journalists are not the Enemy."

Trump's treatment of the press is also encouraging strongmen such as Vladimir Putin of Russia and Recep Tayyip Erdogan in Turkey to treat journalists like enemies, the Globe argued.

The coordinated effort comes amid Trump's persistent claims that mainstream media outlets that publish articles critical of him are churning out "fake news."

Free press advocates argue that Trump's efforts threaten the role of the news media as a check against abuse of power in government and imperil the constitutional First Amendment guarantee of freedom of the press.

The New York Times, one of the most frequent targets of Trump's criticism, ran a short, seven-paragraph editorial under a giant headline with all capital letters that read "A FREE PRESS NEEDS YOU" and with the statement that it is only right for people to criticize the press, say, for getting something wrong.

"But insisting that truths you don’t like are 'fake news' is dangerous to the lifeblood of democracy. And calling journalists the 'enemy of the people' is dangerous, period," the Times wrote.