TEHRAN, August 16 - Canadian Muslims traveling to the Hajj pilgrimage face delays coming back due to a diplomatic dispute with Saudi Arabia that is also prompting thousands of students from the kingdom to scramble to sell their assets and return home to meet a month-end deadline. 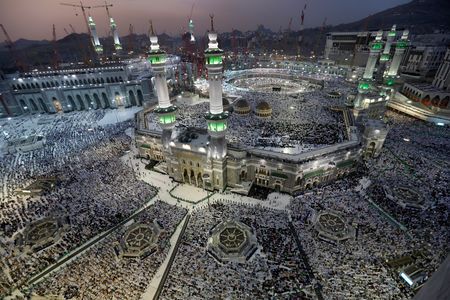 TEHRAN, Young Journalists Club (YJC) - As the stalemate continues, Canada is reaching out to its allies, including the United States and European Union, to rally support, and talking to Saudi Arabia to resolve the dispute.

In Halifax, the Ummah Masjid organized yard sales to help students sell their furniture, electronics and even cars.

As of the end of June, there were more than 5,100 Saudi students with valid study permits for post-secondary institutions in Canada.

Many Canadian Muslims had booked flights with Saudia, the Kingdom's official airline, to perform the Hajj pilgrimages in the Saudi city of Mecca, which takes place from August 19 to 24 this year.

While Saudia trips to Mecca before August 13 were not affected, returns home prove to be a concern for many.

"We're nervous as a family because we don't want her to be stranded in an airport," Jawad Chaudhry, a real estate broker in Hamilton, said of his mother, who is traveling via Saudia for Hajj.