TEHRAN, August 17 - A military parade ordered by US President Donald Trump for later this year has been postponed until at least 2019, a defense official said Thursday, following reports the cost had soared to over $90 million. 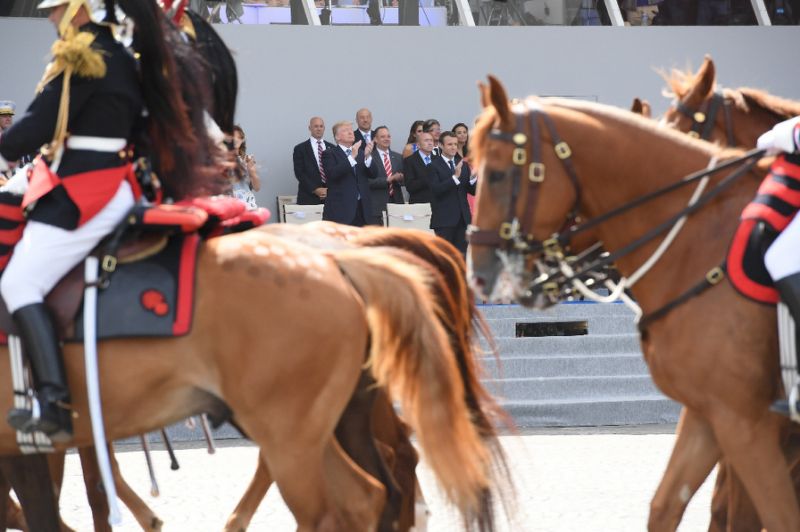 TEHRAN, Young Journalists Club (YJC) - "The Department of Defense and White House have been planning a parade to honor America's military veterans and commemorate the centennial of World War I," Pentagon spokesman Colonel Rob Manning said in a statement.

"We originally targeted November 10, 2018 for this event but have now agreed to explore opportunities in 2019," he added.

When the White House in February announced the commander-in-chief's desire to hold a parade in Washington, the budget director said it would cost between $10 million and $30 million.

But a US official told AFP earlier Thursday the planning estimate had now gone as high as $92 million, though no final figure has been reached.

The parade had been planned for the Veterans Day weekend, and was expected to include a large show of air power.

The request for the event came after Trump was impressed by France's Bastille Day parade, where he was received with great fanfare by French President Emmanuel Macron in July 2017.

US media were quick to highlight how the ballooning costs stood in contrast to his concern about the expense of conducting joint military exercises with South Korea.

"We will be stopping the war games, which will save us a tremendous amount of money," Trump said in June after meeting North Korean leader Kim Jong Un.

It later emerged that the drills cost about $14 million, a fraction of the price of a military parade.

The United States normally holds military parades to mark the end of a conflict, such as in 1991 when president George HW Bush held a National Victory Parade in Washington to celebrate the end of the first Gulf War.

Trump's request was popular among many Americans but drew scorn from critics, who said it would be a waste of money and was akin to events organized by authoritarian regimes.