TEHRAN, August 17 - China said on Friday the politicizing of a Chinese-run cultural organization by some people in the United States showed "a lack of self-confidence", after the University of North Florida said it would close a campus branch of the Confucius Institute. 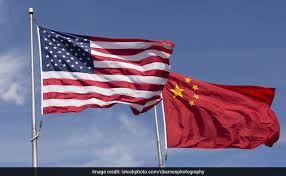 TEHRAN, Young Journalists Club (YJC) - The Jacksonville-based university said on Tuesday it had determined after "careful consideration" that the Confucius Institute, which opened a branch there in 2014 to promote language and culture, did not meet the university's mission.

A number of U.S. legislators, including Florida Senator Macro Rubio, have been critical of the more than 100 Confucius Institutes hosted at universities across the United States, saying that they are a vehicle of Chinese influence on international higher education.

"Some in the United States baselessly politicizing Confucius Institutes, a normal China-U.S. education and exchange program, is typical Cold War thinking and shows a lack of self confidence," China's foreign ministry said in a fax response to a Reuters question.

"We hope that the United States can properly regard the important work that the Confucius Institutes do to develop mutual respect and understanding."

The University of North Florida said the closure was because the institute was not aligned with its goals and mission.

It did not elaborate only saying that the institute would be closed in February, once its legal obligation of six months' notice to end the contract was up.

Rubio has been among U.S. lawmakers warning that the Confucius Institute was an effort by China to expand its political influence abroad and had contributed to censorship on U.S. campuses.

"I welcome the decision of @UofNorthFlorida to close its Confucius Institute. There is growing & well-founded concern about these Chinese Communist Party-funded Institutes. I continue to urge other FL universities to follow suit," Rubio said on Twitter this week.