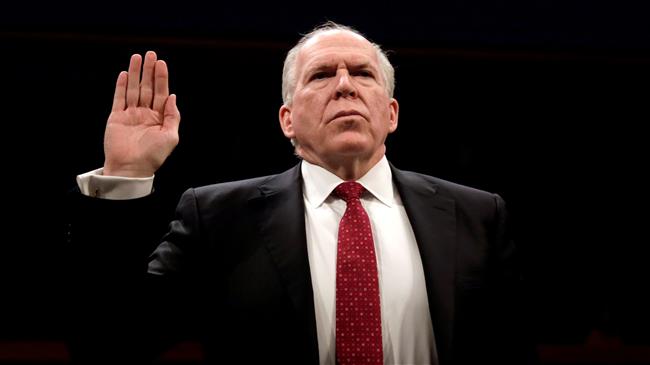 TEHRAN, Young Journalists Club (YJC) - Trump removed on Wednesday the ability for the former CIA director to access sensitive government information, citing the Russia investigation as the reason behind the decision.

The former US security officials said they felt "compelled" to respond to the "unprecedented" decision by the US president and branded as "baseless” allegations leveled against Brennan.

"We all agree that the president's action regarding John Brennan and the threats of similar action against other former officials has nothing to do with who should and should not hold security clearances – and everything to do with an attempt to stifle free speech," the statement said.

"We have never before seen the approval or removal of security clearances used as a political tool, as was done in this case. Beyond that, this action is quite clearly a signal to other former and current officials,” it continued.

"As individuals who have cherished and helped preserve the right of Americans to free speech – even when that right has been used to criticize us – that signal is inappropriate and deeply regrettable. Decisions on security clearances should be based on national security concerns and not political views," the statement noted.

The former CIA directors also called on Trump not to take similar actions in the future. 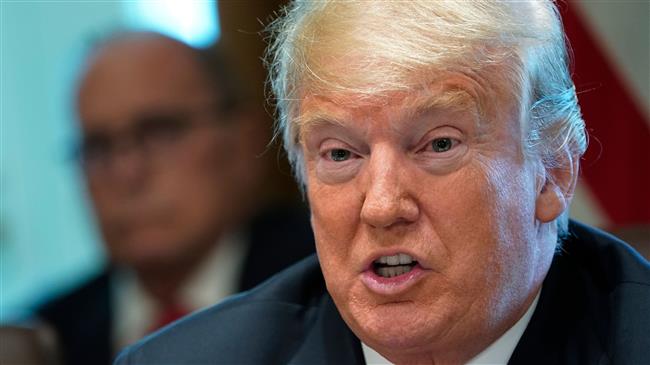 Brennan's security clearance was revoked on August 15, with White House press secretary Sarah Huckabee Sanders reading a statement from Trump that denounced the Obama-era CIA chief for what he called “lying.”

“Mr. Brennan’s lying and recent conduct characterized by increasingly frenzied commentary is wholly inconsistent with access to the nation’s most closely held secrets and facilities, the very aim of our adversaries, which is to sow division and chaos,” Trump was quoted as saying in the statement.

The statement also noted that Brennan had “leveraged his status as a former high-ranking official with access to highly sensitive information to make a series of unfounded and outrageous allegations — wild outbursts on the internet and television — about this administration.”

Responding to the White House announcement, Brennan described Trump’s repeated denials that his campaign colluded with Russia during the 2016 election as “hogwash."

The ex-CIA chief accused the president of revoking his security clearance as part of a “desperate” attempt to interfere with the investigation by Special Counsel Robert Mueller.

Mueller, a former FBI director, has been running a high-profile investigation into allegations that Trump won the 2016 US presidential election against Democratic rival Hillary Clinton only because Moscow had rigged the election in his favor.

US intelligence agencies claim Russia-linked hackers provided WikiLeaks with damaging information -- in the form of thousands of hacked emails -- about Clinton to skew the 2016 presidential election in favor of Trump.

Trump has repeatedly denied allegations that his campaign colluded with Russians and has condemned the investigations. Russian President Putin has also denied the allegations.