TEHRAN, August 18 - Palestinians in the besieged Gaza Strip have held a funeral ceremony for two men killed by Israeli forces along the fence between the coastal enclave and the occupied territories. 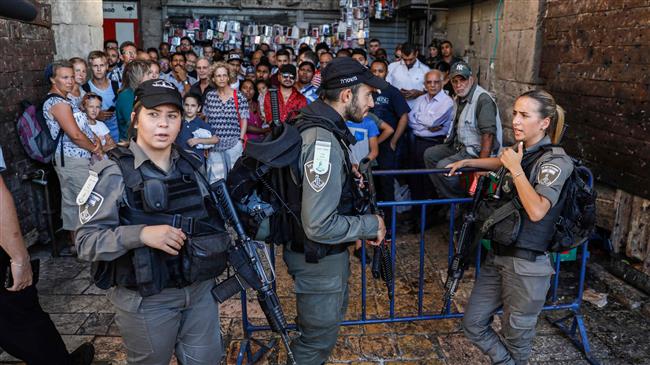 TEHRAN, Young Journalists Club (YJC) - On Saturday, mourners attended the funeral procession for 26-year-old Sadi Moamer and Kareem Fatayar, who were shot in the head by Israeli forces during “Great March of Return” protests on Friday.

Fatayer was shot near the central Gaza Strip town of Bureij while Moamer was killed near Rafah in the south.

Some 20,000 Gazans participated in Friday's protests, which took place a few hundred meters from the Israeli fence. Medics said Israeli gunfire also wounded at least 270 other Palestinians, 50 of them with live bullets.

Tensions have been running high near the Gaza fence since March 30, which marked the start of a series of protests demanding the right to return for the Palestinians driven out of their homeland.

The Gaza clashes reached their peak on May 14, marking the 70th anniversary of the Nakba Day (the Day of Catastrophe), which this year coincided with the US embassy relocation from Tel Aviv to occupied Jerusalem al-Quds.

At Least 170 Palestinians have been killed and over 18,000 others wounded in the fresh wave of violence, according to the latest figures released by the Palestinian Health Ministry.