TEHRAN, August 19 - Iranian President Hassan Rouhani has extended his sincere congratulations to Imran Khan on his election as Pakistan's new prime minister, expressing hope that the two countries would further improve relations during his tenure. 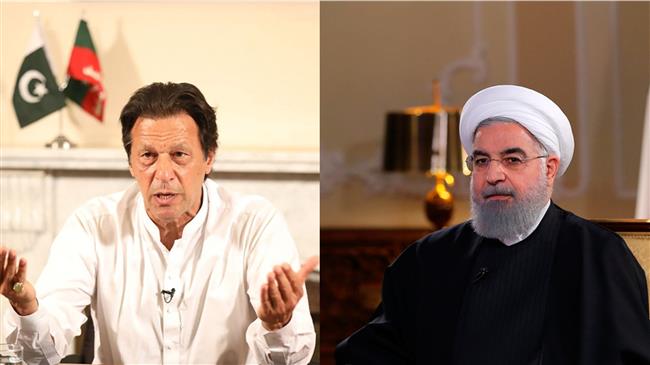 The 65-year-old took the oath in a ceremony at the President's House in the capital Islamabad, officially assuming office in the South Asian country after his party won the July 25 elections.

The Iranian president said in his message that Khan's election was the result of willpower of the brave Pakistani nation.

Rouhani expressed hope that the Muslim world would witness growing unity and convergence, and the two neighboring and friendly countries of Iran and Pakistan would boost bonds during Khan's term in office.

Khan was elected by lawmakers at the National Assembly as prime minister on Friday, after his Tehreek-e-Insaf (PTI) party won general elections against the Pakistan Muslim League-Nawaz (PML-N) of jailed ex-premier Nawaz Sharif on the platform of fighting corruption and tackling financial crisis.

The PTI is expected to form a coalition government with smaller parties as it fell short of an outright majority in the disputed July elections.

The opposition still claims that the elections were rigged by the powerful military, which ruled the country for about half the time since the country’s formation in 1947. The military has denied the allegation.

Pakistan's two former dominant political parties had pledged on August 2 to stop Imran Khan from taking power. The two rival parties had said they would team up to send their own candidate for prime minister in parliament.