As Philippines' Duterte starts to flag, his daughter reaches out to a Marcos

TEHRAN, August 19 - Philippine President Rodrigo Duterte thinks political dynasties are bad. But the way the prevailing political winds are blowing, it looks like a dynasty of his own might be taking shape. 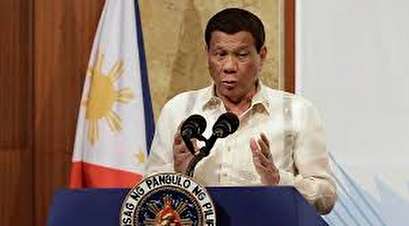 TEHRAN, Young Journalists Club (YJC) - Philippine President Rodrigo Duterte thinks political dynasties are bad. But the way the prevailing political winds are blowing, it looks like a dynasty of his own might be taking shape.

Nine months away from mid-term elections that could determine the success or failure of his presidency, his daughter, Sara Duterte, is fast emerging as a power-broker who is aiming to shore up support for his ambitious policy agenda, and, say some experts and insiders, his eventual succession.

By his own admission, the 73-year-old president is flagging. On Tuesday, he lamented his uphill struggle to tackle illicit drugs and cut state corruption, predicting that he’ll “hardly make a dent” in his remaining four years in office.

During a ceremony and again at a dinner afterwards, he said he was tired, exasperated and thinking about quitting, and ended his somber, one hour, 20 minute speech with: “I’m telling you, I’m ready to step down and retire.”

That contrasts sharply from his 40-year-old daughter, who has started maneuvering to build alliances and expand her small party in the southern Davao region into a new political juggernaut, as fissures appear in her father’s ruling PDP-Laban party.

She was instrumental in bringing together political factions to stage a dramatic July 23 ousting of divisive Duterte ally Pantaleon Alvarez as lower house speaker, replacing him with veteran Gloria Macapagal Arroyo, 71, a former president with clout and connections to ensure support for Duterte and his agenda.

The move was helped by a relationship developing between Sara Duterte and Imee Marcos, 62, a provincial governor and key figure in the still influential family of late dictator Ferdinand Marcos, who ruled the Philippines for two decades before being ousted in a 1986 uprising.

The two women posed together for pictures last week, each with one hand doing Duterte’s trademark clenched fist, and making a “V” sign synonymous with the rule of Marcos with the other.

Rodrigo Duterte’s rise has been a boon for the Marcos family. Imee Marcos frequently attends his official events and in 2016, Duterte granted her longstanding wish for her father to be buried with military honors at a Manila heroes’ cemetery.

Duterte also said last week that if he steps down, her brother, Ferdinand Marcos Jr, a former senator better known as “Bongbong”, would have been a capable replacement for him.