TEHRAN, August 19 - Tehran announced Saturday it will unveil a new fighter jet next week, while the development of the Iran's missile capacity will remain the country's top military priority. 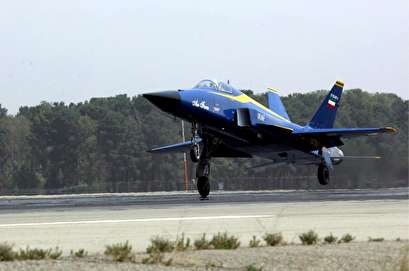 TEHRAN, Young Journalists Club (YJC) - Tehran announced Saturday it will unveil a new fighter jet next week, while the development of the Iran's missile capacity will remain the country's top military priority.

"People will see it fly, and the equipment designed for it," Hatami told Fars.

Also on Saturday, the Iran Navy announced that it had mounted on one of its warships a new defensive weapons system that would protect Iran's naval destroyers against anti-ship cruise missiles.

Navy Rear Admiral Hossein Khanzadi said the defense system would be installed on Iranian warships "that carry out missions in deep and distant waters."

The announcements come amid rising tensions with the United States. Earlier this month, Iran launched naval exercises in the Strait of Hormuz while President Donald Trump prepared to reimpose sanctions on Tehran over the country's efforts to develop nuclear technology, moves that sparked harsh tweets between Trump and Iranian President Hassan Rouhani.

On Friday, the U.S. State Department announced it formed a group to coordinate policy toward Iran in the aftermath of the Trump administration's withdrawal from the 2015 nuclear deal.