Trump says he has 'nothing to hide' from Russia probe

TEHRAN, August 19 - US President Donald Trump says he has “nothing to hide” from US Special Counsel Robert Mueller who is investigating alleged Russian meddling in the 2016 US presidential election. 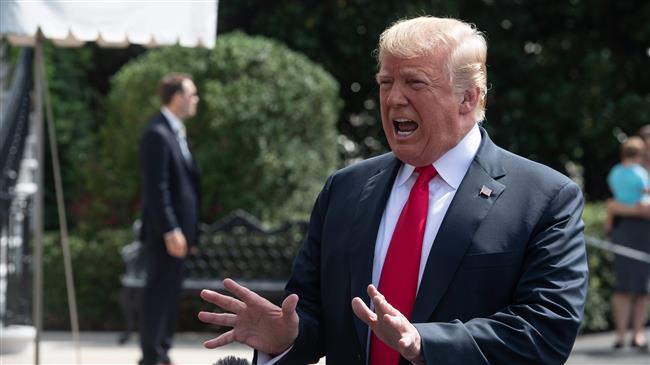 Citing a dozen current and former White House officials and others briefed on the matter, the Times said Saturday that McGahn had shared detailed accounts about the episodes at the heart of the inquiry into whether Trump obstructed justice.

In at least three voluntary interviews with investigators that totaled 30 hours over the past nine months, McGahn described Trump’s furor toward the Russia probe and the ways in which the president urged McGahn to respond to it, according to the Times.

“I allowed him and all others to testify - I didn’t have to,” Trump said in his tweet.

Trump said the newspaper made it seem like McGahn had turned on the president, as former White House counsel John Dean had in the federal investigation of former President Richard Nixon during the Watergate scandal.

The newspaper said McGahn was also centrally involved in Trump’s attempts to fire Mueller, which investigators might not have discovered without him.

On Saturday evening, McGahn’s lawyer confirmed the White House counsel had cooperated with Mueller’s team and that McGahn had told investigators he never saw Trump go beyond his legal authorities.

Mueller is leading a federal investigation into alleged Russian interference in the 2016 US presidential election, and any possible cooperation with Trump’s presidential campaign.

Trump has repeatedly denied allegations that his campaign colluded with Moscow and has condemned the ongoing US federal investigations over the alleged meddling, drawing accusations from Democratic and Republican Party lawmakers alike that he is ignoring a threat to American democracy.