TEHRAN, August 19 - UK Prime Minister Theresa May could face trouble getting her Brexit deal approved by the British Parliament before exit day unless she changes her proposals, the head of an influential group of pro-Brexit lawmakers said in an interview published on Sunday. 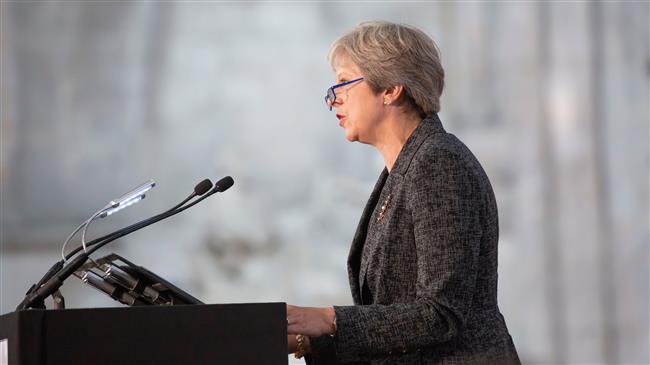 TEHRAN, Young Journalists Club (YJC) - Jacob Rees-Mogg, chair of the European Research Group, a faction within May's Conservative Party, is strongly opposed to the government's so-called Chequers plan for Brexit and favors a clean break with the bloc on March 29 next year.

"If she sticks with Chequers, she will find she has a block of votes against her in the House of Commons," Rees-Mogg, tipped as a possible successor to May, told The Sunday Times  newspaper, describing the Chequers proposals as "surrender" to the EU.

"Of course the Eurosceptics in parliament are not in a majority on all issues, but we will inevitably be in a majority on some of them and that will make the legislation extraordinarily difficult if it is based on Chequers."

The Chequers plan would keep Britain in a free trade zone with the EU for manufactured and agricultural goods. But some Brexit supporters have said it would mean parts of the British economy  could still be subject to rules set in Brussels.

Both London and Brussels say they want to get a divorce deal at the Oct. 18 EU Council, but diplomats think that target date is too optimistic.

If May cannot get a deal by October, an agreement could be reached at the December 13/14 EU Council.

Rees-Mogg said letting it run to December would be "very risky", the newspaper reported, as that would only leave three months to get the deal approved by the British parliament.

That would mean the government "must come forward with a deal that Brexiteers like, because otherwise they might find it's much harder to get through parliament than they think", he was quoted as saying.

Parliament will have two votes: one on the Brexit deal and one on the Withdrawal Agreement and Implementation Bill.

May is betting that the fear of a so called "no-deal" scenario will push many Conservative and Labour lawmakers to support a deal, but the numbers are tight. In recent votes, May commanded a majority of around six votes on major Brexit issues.

Britain's Brexit minister Dominic Raab will travel to Brussels on Tuesday in a bid to pick up the pace of talks with the EU's chief negotiator Michel Barnier, but the government is also stepping up  planning for a "no-deal" Brexit.

Rees-Mogg said he believed a "Canada-plus" deal, a free trade pact along the lines of the EU's 2016 agreement with Canada but with deeper ties given Britain's already closer trading links,  could command a majority in parliament.

"So although that wouldn't be what people might choose, it could command a majority."