TEHRAN, August 20 - The Taliban ambushed a convoy of busses Monday on a road in northern Afghanistan and took more than 100 people hostage, including women and children, in the latest brazen assault by insurgents, provincial officials said. 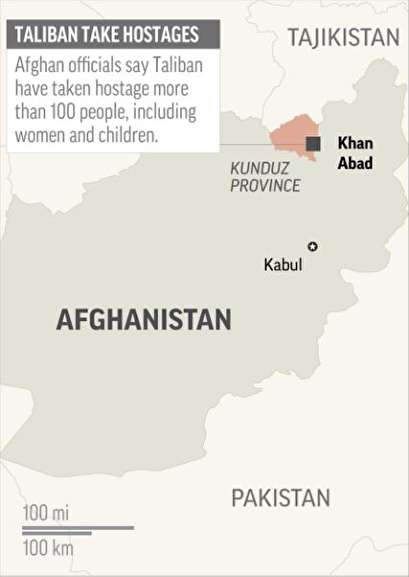 TEHRAN, Young Journalists Club (YJC) - The ambush came despite Afghan President Ashraf Ghani's announcement of a conditional cease-fire with the Taliban during the Muslim holiday of Eid al-Adha this week.

The fate of the abducted in Kunduz province — in an area that has recently fallen under Taliban control — was not immediately known and there was no statement from the insurgents.

The Taliban have resurged in recent years, seizing entire districts across Afghanistan and regularly carrying out large-scale bombings and attacks that have killed scores of people.

According to Mohammad Yusouf Ayubi, the head of the provincial council in Kunduz, the insurgents stopped three busses on the road near Khan Abad district and forced the passengers to come with them.

Ayubi said he believes the Taliban were looking for government employees or members of the security forces who usually go home for the holidays.

Abdul Rahman Aqtash, police chief in neighboring Takhar province, said the passengers were from Badakhshan and Takhar provinces and were traveling to the capital, Kabul.

"So far, there is no news on the fate of the passengers, but tribal elders and local officials are trying to negotiate with the Taliban," Ayubi added.

In his call on Sunday for the truce, Ghani said "the cease-fire should be observed from both sides, and its continuation and duration also depend on the Taliban's stand."