Leader: US policy is to stoke wars among Muslims

TEHRAN, August 20 - Leader of the Islamic Revolution Ayatollah Seyyed Ali Khamenei says US policy is to stoke wars among Muslims, urging unity in his message to Hajj pilgrims who began marking the climax of the annual event Monday. 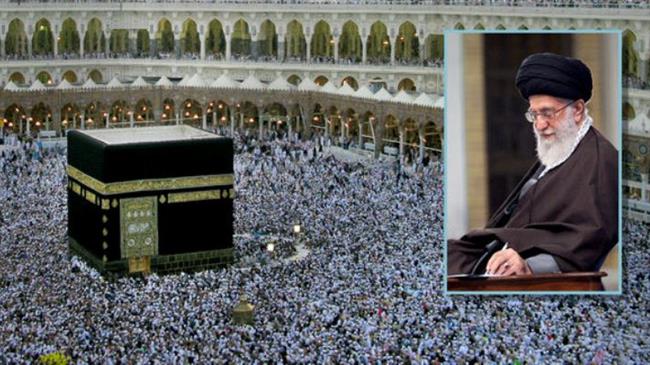 TEHRAN, Young Journalists Club (YJC) - “Look at the behavior of the arrogant and criminal US today. Its main policy against Islam and Muslims is to stoke wars. Its desire and vicious effort is that Muslims massacre each other,” the Leader said.

“Muslims should be aware and nullify this satanic policy. Hajj prepares the ground for this awareness, and this represents the philosophy of disavowal of pagans and arrogant powers during Hajj."

On Monday, more than two million people from around the world began ascending Mount Arafat for the pinnacle of the annual Hajj.

The ritual marks a sea of worshipers scaling the rocky hill southeast of the holy city of Mecca for a day of prayers and reflection where Muslims believe Prophet Mohammed (Peace be upon Him) delivered his final sermon.

"Hajj, in this specific place and time frame, always and throughout years, calls Muslims to solidarity and unity with an eloquent language and cogent logic," Ayatollah Khamenei said.

"And this is the opposite of what the enemies of Islam want, those who have all the time incited and especially are now inciting Muslims to square up against each other," the Leader added.